Homeland Security announces $1.6B in grants for cybersecurity, to combat extremism 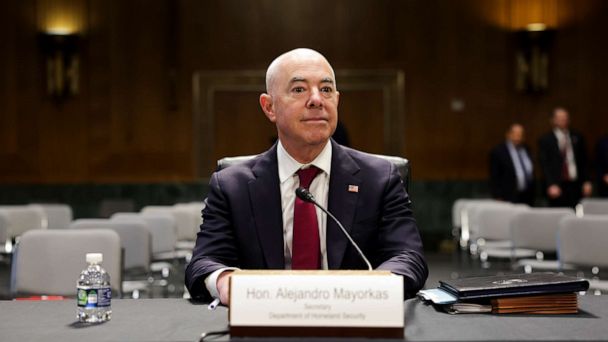 Shortly after the Boston Marathon bombing in 2013, then-top Department of Homeland Security official Alejandro Mayorkas saw a picture of a Federal Emergency Management Agency analysis as part of the investigation - and realized the equipment used, to illustrate what happened on the day of bombing and lay out a plethora of evidence and leads, had been purchased through a grant program run by his department.


"We impact people's lives by making those lives safer," said Mayorkas, now the secretary of DHS.

The DHS on Friday announced nearly $1.6 billion as part of the FEMA preparedness grant program for the 2022 fiscal year, available to cities from coast to coast, with a specific focus on terrorism and preventing disasters.

The newly announced awards are the latest in what DHS officials called significant funding funneled to the local level. Since FEMA's preparedness grant program began in 2002, the department has given localities more than $54 billion.

State and local governments, which can apply annually, can be funded by eight grant programs that range from an increase in law enforcement equipment to overtime for local officers on the southern border.

The grant recipients for the largest amount of money, the Urban Area Security Initiative, have to address six priority areas of cybersecurity, soft target and crowded places, information and intelligence sharing, domestic violent extremism, community preparedness and resilience and election security, according to DHS.

The categories of community preparedness and resilience and election security are new for 2022, Mayorkas told ABC News.


DHS' continued focus on cybersecurity and domestic extremism comes amid the department's concerns of possible Russian cyberattacks as retaliation to the U.S. response to the war in Ukraine and what Mayorkas himself has called one of the "greatest" threats to the country: homegrown extremists.

As part of the latest wave of grants, which will be disbursed throughout the 2022 fiscal year, DHS will identify 36 high-threat, high-density cities, states and localities that will receive some of the $615 million funds allocated through the program to focus on the six priority areas.

These areas are selected in a nonpartisan way, Mayorkas stressed.

"This is a risk-based program," he said.

The secretary told ABC News that officials have increased the percentage of funds - from 25% to 30% - which must be dedicated to law enforcement's terrorism prevention. Mayorkas cited their "role in preventing terrorist acts on the front lines in each of our communities across the country."

In years past, according to public filings, the grants have been used to fund local narcotics task forces, training for intelligence analysts and more.


Mayorkas says the program has improved because they've engaged with local stakeholders on the flexibility of how they spend their grant money.

Along the southern border - where federal officials have been dealing with historically high levels of migration - the department is allocating $90 million for local communities through their Operation Stonegarden grant.

Operation Stonegarden pays for border officer overtime, Mayorkas said, as well as technology enhancements for local communities, such as phones and tablets to allow for better communication, according to previous filings.

Regarding the southern border, the secretary told ABC News that the federal government has been planning since September for the end of Title 42, the Trump-era policy continued by the Biden administration which expels migrants before they can seek asylum under the auspices of a public heath emergency.

President Joe Biden's White House is seeking to now roll back the use of Title 42 regarding immigrants - which drew intense criticism from advocates under both Trump and Biden - but that plan is being challenged in court, with the latest hearing scheduled in Louisiana on Friday.