Empty apartments in L.A. would be taxed under plan to help homeless 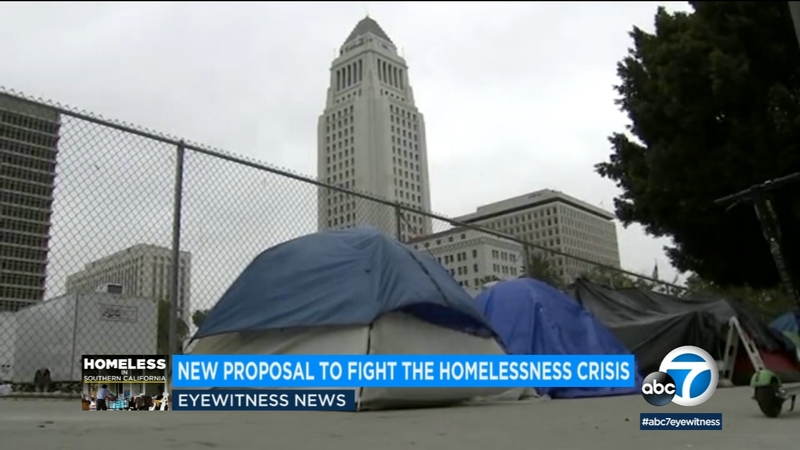 Empty apartments in L.A. would be taxed under plan to help homeless

LOS ANGELES (KABC) -- The Los Angeles homeless population continues to grow and that has Mayor Eric Garcetti on the defensive.

Garcetti on Tuesday released an open letter addressing L.A.'s recent actions to solve the homelessness problem and promising that process is coming.

"As your mayor, I take full responsibility for our response to this crisis,' Garcetti wrote. "And like everyone who has seen families in tents or spoken to a homeless veteran in need, I am both heartbroken and impatient.''

With L.A.'s homeless population estimated at more than 36,000, the City Council is now taking a look at ways to increase funding for affordable housing.

"The society that we live in treats housing as a commodity, but we need to treat it as a human right," said council member Mike Bonin.

Supporters of the vacancy tax say it would do two things: either spur landlords to drop their rents to levels more people can afford, or generate tax revenue that would be used for low-income housing purposes.

"We hope that this makes people bring human beings into those units but if they decide not to, they'll give some money to the city so we can build housing for human beings," said L.A. City Council member Marqueece Harris-Dawson.

The tax proposal is in its early stages; the council hasn't figured out the details, like how much the empty home penalty would be, or what types of units would be hit by it.

But it is not getting much support from rental property owners. The California Apartment Association says landlords don't purposely keep units empty, and are already losing money when they aren't rented.

"Rather than penalizing housing providers, the city should examine its existing fees and regulations and look for ways to encourage and incentivize housing providers to keep their units occupied," said Beverly Kenworthy, Vice President at C.A.A.

Council members say the proposed vacancy penalty will most likely be a ballot measure, which means L.A. city voters would have to pass it. Supporters are hoping to get it on the ballot in time for the March 2020 vote.
Report a correction or typo
Related topics:
politicslos angeleslos angeles countyhomeless in southern californiarental propertyeric garcettihomelesshousingrentsrenters
Copyright © 2021 KABC-TV. All Rights Reserved.
More Videos
From CNN Newsource affiliates
TOP STORIES