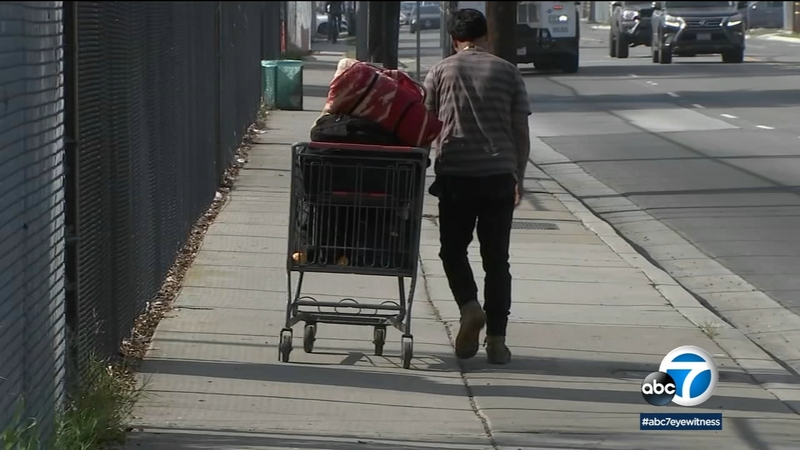 SANTA ANA, Calif. (KABC) -- The homeless problem in Orange County, much like the rest of Southern California, is well-documented. And by most measures, it's getting worse.

Now the issue is being dealt with in federal court.

The city of Santa Ana has filed a lawsuit naming three other cities - as well as Orange County itself - as defendants. Santa Ana claims they're shouldering more than their fair share of the burden when it comes to helping the homeless, with statistics that show more than half of its 1,030 unsheltered residents coming from outside the county.

According to the lawsuit, the cities of San Clemente, Dana Point and San Juan Capistrano "have decided to provide housing for their homeless populations outside of their jurisdictions, by utilizing the Santa Ana Armory, further increasing the population of homeless individuals in Santa Ana."

The Santa Ana Armory is run by the National Guard but opens to help serve the homeless population around dinnertime, mostly during the winter months. That portion of the operation is run by the non-profit group Mercy House.

"This is a problem that's all throughout the county," said Mercy House executive director Larry Haynes. "And if we're going to address it effectively, this has to be an all-hands on deck situation, and so we need help from every corner, from everyone."

But while Haynes says all cities in the county need to help address the issue of shelter, and more importantly, long-term housing, he said his staff has yet to see busloads of homeless people being brought in from South Orange County.

"Honestly, my staff and security team tells us that has yet to happen," he said.

In a press release, the city of Santa Ana said it's seeking "monetary damages for past and future expenditures on homeless resources and related services," as well as an injunction that would stop other cities from bringing homeless people to the Armory.

A U.S. District Court judge has denied Santa Ana's request for a temporary restraining order and has set a hearing for a preliminary injunction for Feb. 4.

Orange County First District Supervisor Andrew Do provided a statement to Eyewitness News, saying Santa Ana is grandstanding, and has ignored the homeless problem for decades.

"For years, I have invited the City of Santa Ana to show us evidence that homeless individuals are shuttled in from other parts of the county so that I can appropriately address it," said Do. "None has been produced.

"In fact, Santa Ana's city attorney admitted yesterday that they have no such evidence," the statement went on to say. "Given the lack of evidence, this is more of the same political grandstanding from Santa Ana." 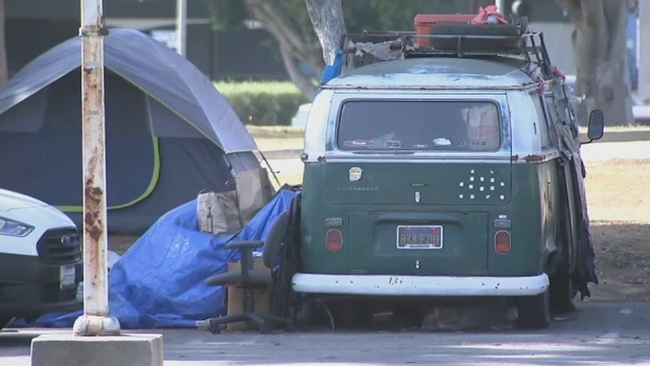 Westchester residents upset over plan to use park to house homeless 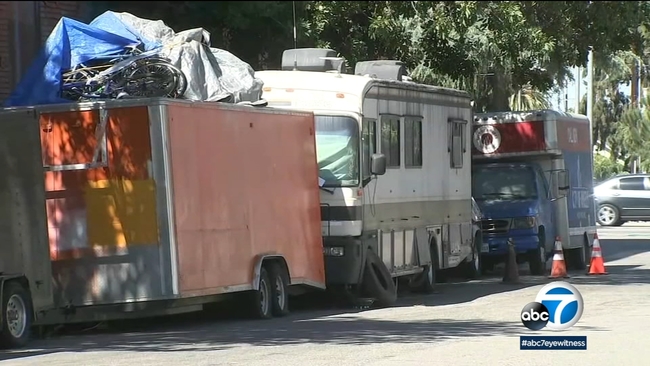