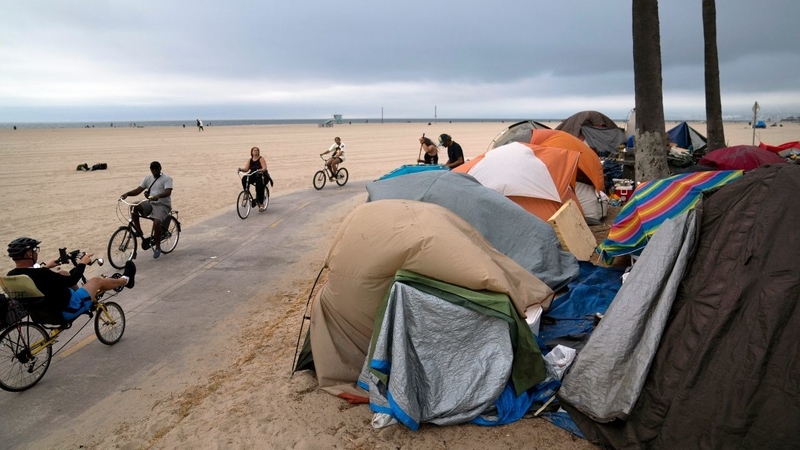 Pilot program to divert 911 calls about homelessness in LA

LOS ANGELES -- Los Angeles residents who dial 911 for nonviolent issues related to homelessness will have their calls diverted away from law enforcement to trained, unarmed professionals under a pilot program announced Tuesday.

The new initiative is being tested in Hollywood and Venice, where teams including outreach workers and mental health clinicians have been deployed part-time in neighborhoods with a concentration of people experiencing homelessness and high volume of calls for service.

Beginning next month, the teams will be available around the clock to respond to nonemergency calls from the 911 system and the police nonemergency number.

"The teams will continue to build a rapport with the unhoused community, conduct light sanitation work, de-escalate situations as they arise, and create referrals to local service providers," said a statement announcing the program from Mayor Eric Garcetti's office.

The Los Angeles City Council has approved nearly $2 million to fund homeless outreach teams and other positions related to its street engagement strategy designed to accompany enforcement of the city's new anti-camping law.

The Crisis and Incident Response through Community-Led Engagement program is part of Garcetti's sprawling plan to confront an out-of-control homeless problem. The mayor has proposed spending nearly $1 billion in the coming year to get people off the streets, build housing and clean up squalid encampments that have spread into nearly every neighborhood in the city.

City Council President Nury Martinez said Tuesday that the new program will unburden police from dealing with nonviolent situations where a clinician might be better suited.

"You couldn't have a clearer example of this country lacking a robust social safety net than when people with guns show up to respond to a non-violent, mental health crisis," Martinez said.

Los Angeles will run the program along with Urban Alchemy, an LA-based nonprofit organization that facilitates the city's mobile showers and restrooms and several of its interim housing facilities for homeless residents.