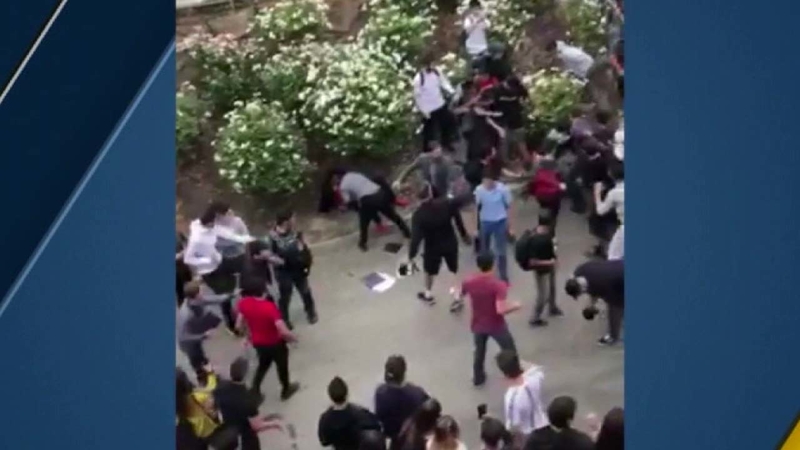 GLENDALE, Calif. (KABC) -- The campus brawl at Herbert Hoover High School that resulted in the cancellation of the homecoming game between Hoover and Glendale high schools was all caused by untrue rumors, Glendale Unified School District officials said.

Last month, a brawl erupted at Herbert Hoover High School involving some of the school's football players. Several of those players were suspended from the team.

Concerned parents of students at a Glendale high school met with school administrators Monday after a brawl erupted on campus last week.

In the following weeks, the Glendale Unified School District canceled several football games, including Hoover's homecoming game. This spurred Hoover students to walk out of classes on Monday in protest.

On Thursday, the GUSD Board said it has been bringing students together in strategic listening sessions, helping to bridge the gaps between those students.

As for canceling the football games, the district said it had heard rumors that there could be violence.

"Rumors of disruptions as well as disruptive conversations about confrontations and angry rhetoric that led us to believe that it would not be safe to host a game. We had enough information that gave us pause," said GUSD Superintendent Dr. Winfred Roberson.