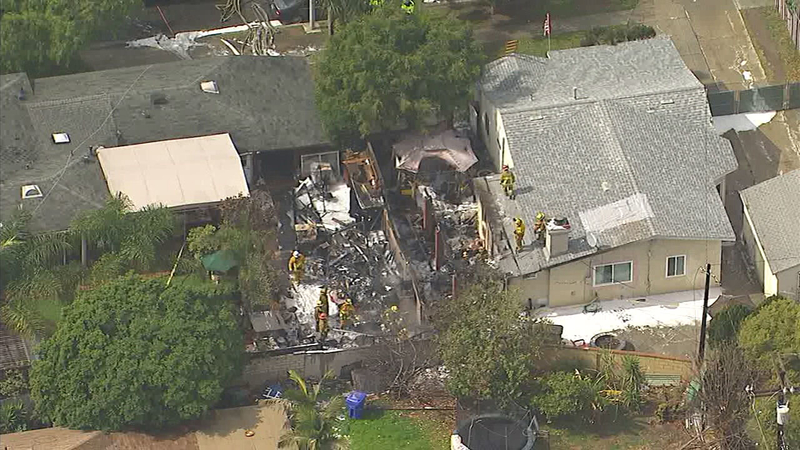 WHITTIER, Calif. (KABC) -- A Whittier woman and her family of four children plus five pets were left homeless after a lightning strike sparked a fire that damaged their home.

Officials say Tuesday's storm brought a fast-moving cell to the area around 11 a.m. and witnesses saw a lightning strike hit power lines in the 11100 block of Leland Avenue.

The lines snapped and fell down, sparking up a blaze that destroyed a portion of the home and yard, and damaged a neighboring house.

The home was considered uninhabitable for now, and the resident was distraught as she thought about what she would do next.

"I live here with my four kids," the woman said. "Two girls and my adopted nephews that I'm raising. Five pets. And now we're displaced."