Before Stonewall, LGBTQ+ activists recall the fight for equality in Houston 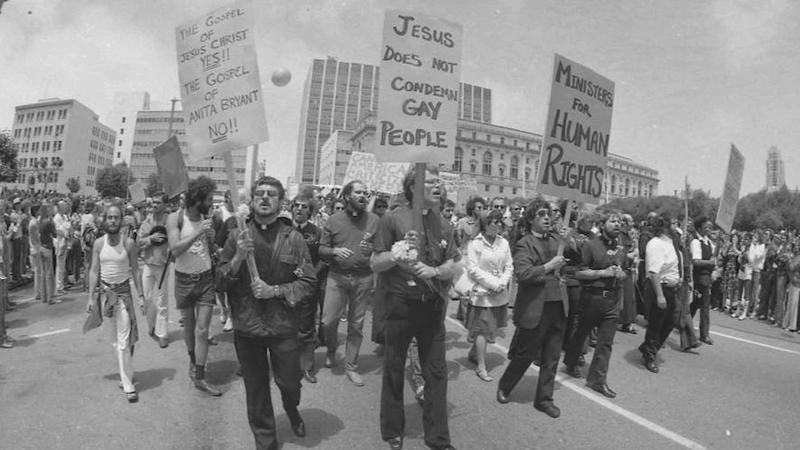 LGBTQ activists recall the fight for equality in Houston

HOUSTON, Texas -- Imagine Texas in the 1950s and 60s. Police raids were common at gay and lesbian bars. Gay sex was illegal, and so was cross-dressing.

Frye was a law student back then.

"Every day that I walked out the door to go to law school or to look for a job or to lobby to repeal that ordinance, I was subject to arrest," she explained.

In 1969, police raided the historic Stonewall Inn in Lower Manhattan. When bar patrons refused arrest and groups rioted for six days, those in Houston, 1500 miles away, were watching.

"At first I thought it was just New York," said Willett. "I didn't realize it was going to catch on like it did all over the United States."

"I like to remind people that our movement did not start with Stonewall," Houstonian Deborah Moncrief Bell said. "There were actually people meeting, there were groups, there were efforts being made but it was still a very fearful time. So, what Stonewall did was act as a catalyst and we fought back."

"I guess Stonewall was sort of the ignition," McIlvan said. "That was it. Anita here was sort of gas on the flame."

He's talking about Anita Bryant -- pop singer, beauty pageant contender, and anti-gay crusader. She was scheduled to speak at the Texas State Bar Association Convention in June of 1977, and the LGBTQ community planned to protest.

As the convention got closer, participants figured only a few people would show up.

Phyllis and her wife, Trish, showed up with umbrellas, just in case people started throwing bottles at them.

That number eventually reached somewhere around 10,000.

"What we do when we protest and when we march is bearing witness," said Moncrief Bell. "And that's really powerful, to realize that your visibility matters and that you can make a difference."

The 1977 march led to the rise of political power for Houston's LGBTQ community, and the creation of services that are still around today, like the Montrose Center and Legacy Community Health.

And, in 1980, thanks to years of Phyllis' lobbying, Houston City Council repealed its crossdressing ban.

In 2010, Phyllis became the first openly transgender judge appointed in the country.

Reference material coordinated in conjunction with local LGBTQ+ archives and the ONE Archives Foundation.

The ONE Archives Foundation is the independent community partner that supports ONE National Gay & Lesbian Archives at the University of Southern California (USC) Libraries, the largest repository of Lesbian, Gay, Bisexual, Transgender, Queer (LGBTQ) materials in the world. Founded in 1952 as ONE Inc., the publisher of ONE Magazine, ONE Archives Foundation is the oldest active LGBTQ organization in the United States. In 2010, ONE Archives Foundation deposited its vast collection of LGBTQ historical materials with the USC Libraries. Today, the organization is dedicated to promoting this important resource through diverse activities including educational initiatives, fundraising, and range of public programs.