How to help those affected by Hurricane Florence 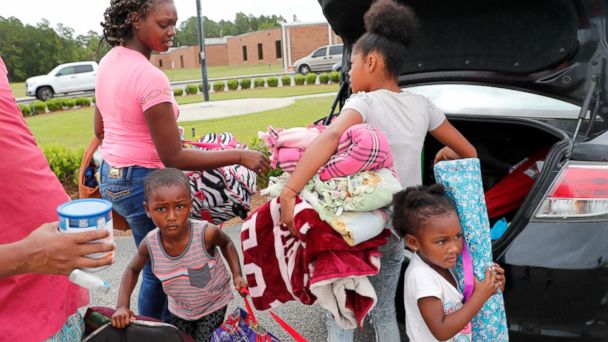 As Hurricane Florence slams the Carolinas and neighboring states, many residents are experiencing what officials call "the storm of a lifetime," with its catastrophic flooding, storm surge and damaging winds.

The storm - which made landfall with life-threatening storm surges and wind - prompted mass evacuations in coastal areas and was forecast to be one of the strongest hurricanes to hit the area in years.

"This will likely be the storm of a lifetime for portions of the Carolina coast," the National Weather Service spokesperson in Wilmington, North Carolina, said late Tuesday night. "I can't emphasize enough the potential for unbelievable damage from wind, storm surge, and inland flooding with this storm."

Flood conditions will worsen through the relentless rainfall over the next couple days, officials warned.

The health-focused disaster relief organization, Americares has already deployed a response team to North Carolina ahead of Florence.

"The storm is on track to make a direct hit on the East Coast and impact much of the southern United States in the coming days," Americares Director of Emergency Response Brian Scheel said in a statement Monday. "Our response team has been activated and is ready to meet the immediate health needs in affected communities."

They are currently collecting donations for emergency medicine and other supplies specifically for those impacted by Florence here.

The North Carolina Community Foundation (NCCF) is a local humanitarian organization based in North Carolina that partners with local charities that support the community -- and is still ranked as a highly-rated charity currently providing aid to the Carolinas ahead of Florence.

You can learn more about how to support their relief efforts on the ground on their website.

The nonprofit crowdfunding organization GlobalGiving, which supports grassroots charity projects on the ground in areas affected, has launched a Hurricane Florence relief fund.

The fund will support immediate relief efforts such as food, water, and medicine but also invest in longer-term recovery projects to help residents rebuild their community after the storm recedes.

For animals: American Humane and the Charleston Animal Society