Here's how to watch the NFL draft on ABC7. Details on start time and TV schedule below.
KABC 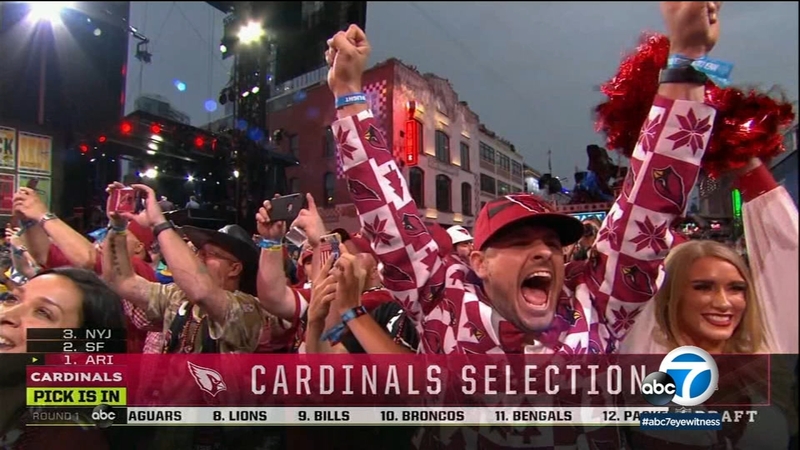 2020 NFL Draft will be virtual due to coronavirus pandemic

The NFL draft starts this Thursday, April 23, and you can watch it all on ABC7.

*While the draft is on Channel 7, you can watch Eyewitness News on abc7.com/live, our ABC7 Los Angeles app and our new streaming apps.

The 2020 NFL Draft telecasts - originally scheduled to be on-site in Las Vegas, Nevada - will now originate from ESPN's Bristol, Connecticut, studios and adhere to proper social distancing guidelines and local workplace rules due to COVID-19.

Everyone will be at home for the NFL Draft, and that includes Commissioner Roger Goodell. The first NFL Draft was held in 1936 in the basement of a Philadelphia hotel, and now, Goodell will announce Wednesday night's picks from the basement of his house in New York.

Ready or not, here they come. The NFL's FIRST virtual draft!

ABC7 is a proud broadcast partner of the Los Angeles Rams.