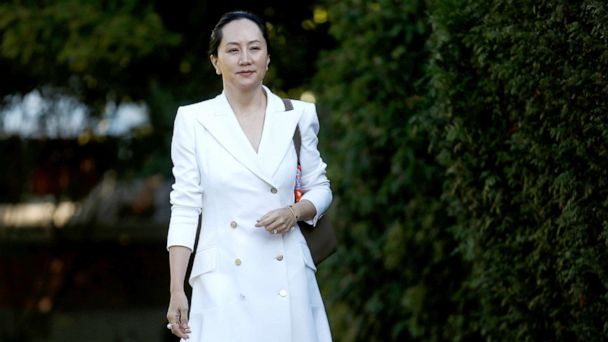 The Huawei executive at the center of an international extradition saga has penned an open letter thanking supporters to mark the anniversary of her arrest in Canada -- and to let them know she has spent the time reading and oil painting.

Meng Wanzhou, the chief financial officer and deputy chairwoman of Huawei, is fighting extradition charges to the United States following her arrest in Vancouver last December.

She is free on bail and living in a multimillion-dollar mansion, according to the Associated Press.

Her extradition hearings are set to begin Jan. 20.

In a letter published to Huawei's website, Meng writes that she has spent the past year reading books "cover to cover" and has enough time now to "carefully complete an oil painting."

"It was never my intention to be stuck here so long, but I suddenly find that a whole year has snuck by, and here I still am," she wrote.

"The past year has witnessed moments of fear, pain, disappointment, helplessness, torment, and struggle," she added. "Over the past year, I have also learned to face up to and accept my situation. I'm no longer afraid of the unknown."

She expressed gratitude for the support of Huawei employees and customers.

"Every time I appear in court, a crowd waits outside," she said. "Your passion and support have always warmed my heart."

Meng's arrest stems from fraud charges involving Huawei and subsidiaries regarding alleged dealings with Iran, a violation of EU and US sanctions. She faces extradition to the U.S.

The Chinese Embassy in Canada has repeatedly called for the immediate release of Meng.

"This is not a merely judicial case, but a political persecution against a Chinese high-tech enterprise," the embassy said in a statement on its website in March.