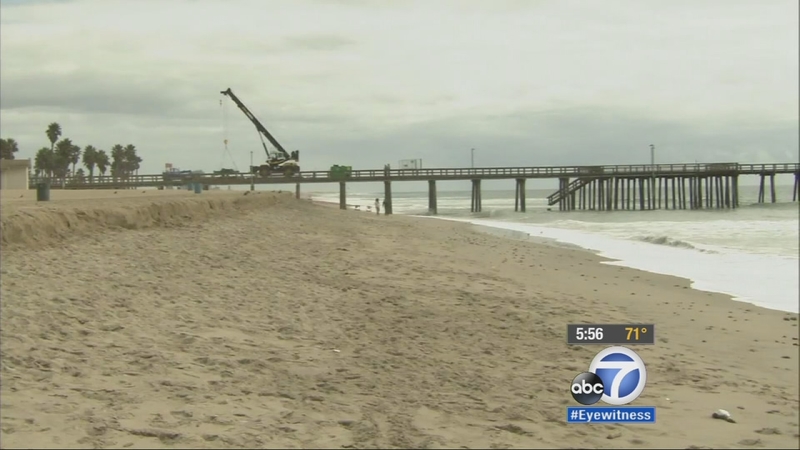 PORT HUENEME, Calif. (KABC) -- Port Hueneme Beach will soon get some tender loving care after years of erosion caused parts of the beach to rapidly disappear.

"They've started pumping sand again. We have to keep this up for the next three years just to get back to where we should be but this is an excellent beginning," said Sharkey.

The dredging began this week at Channel Islands Harbor. Sand is piped from a trap at the harbor to Hueneme Beach. It's a $12 million process that the government was supposed to fund every two years.

The mayor says for the beach to be fully restored, Congress would need to spend $36 million over the next three years. After replenishing the sand, the mayor says the government needs to go back to dredging every two years to prevent the beach from ever eroding again.

The mayor says the city has pumped in about $3 million of its own money over the years to repair damage caused by severe erosion of the beach. The city is currently repairing part of the pier and more.

When a private commercial port with jetties was built more than 60 years ago, it blocked the natural flow of sand from replenishing the beach causing it to erode. After the Navy bought the port during WWII, the government took over funding a routine sand restoration project.

"This is federal responsibility. You have to take care of it. It's like if your tree falls on your neighbor's house, you have to fix that. It's the same thing," said Sharkey. "It doesn't matter how much you cut the budget, the sand is going to keep eroding."

Dredging is expected to run through the first few weeks of February.