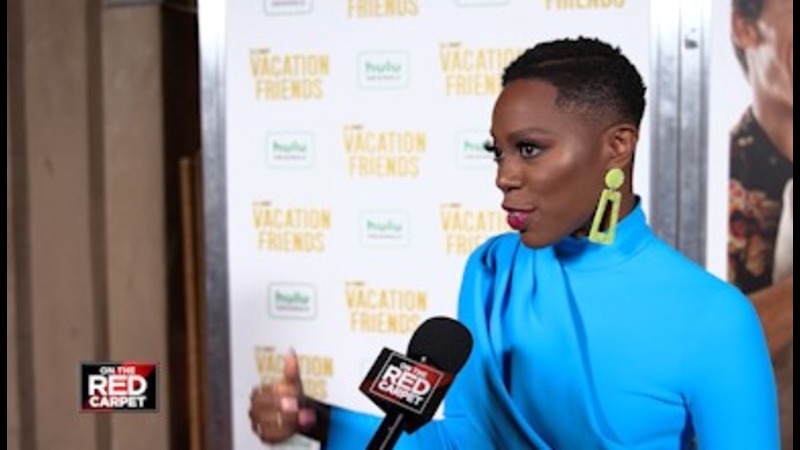 LOS ANGELES -- The stars of Hulu's new comedy "Vacation Friends" surprised fans on both coasts with special summer rooftop screenings of the film, which debuts on the platform on Friday, August 27.

"I love making people laugh and I think this is a movie that's going to have people dying laughing, so it's going to be fun watching with a crowd," Lil Rel Howery told On The Red Carpet.

Howery and Yvonne Orji are joined by John Cena and Meredith Hagner as couples who meet on vacation and let loose together. Marcus (Howery) and Emily (Orji) are then horrified when Ron (Cena) and Kyla (Hagner) show up uninvited to their wedding to keep the party going.

"'Vacation Friends' gives you a wonderful ride with a lot of laughs with a subject matter everyone can relate to," said Cena.

"The whole cast is amazing. We had such good chemistry, but it was just so much fun," Orji shared.

"It reminds me of old school comedies in that it's just really good fun," Hagner added.

With Cena and Hagner in New York City, and Howery and Orji in Los Angeles, fans came together to share some cocktails, laughs and a great summertime movie.

"Anything where you get to celebrate the thing you made, we're here with the director and the other actors are in LA, but it's fun. After this crazy time it's nice to be around any people," Meredith Hagner told On The Red Carpet.

"If you like what you see, Instgram it, tweet it. It comes out on Hulu August 27th," Yvonne Orji told fans who gathered on the rooftop of the iconic Hollywood Roosevelt Hotel.