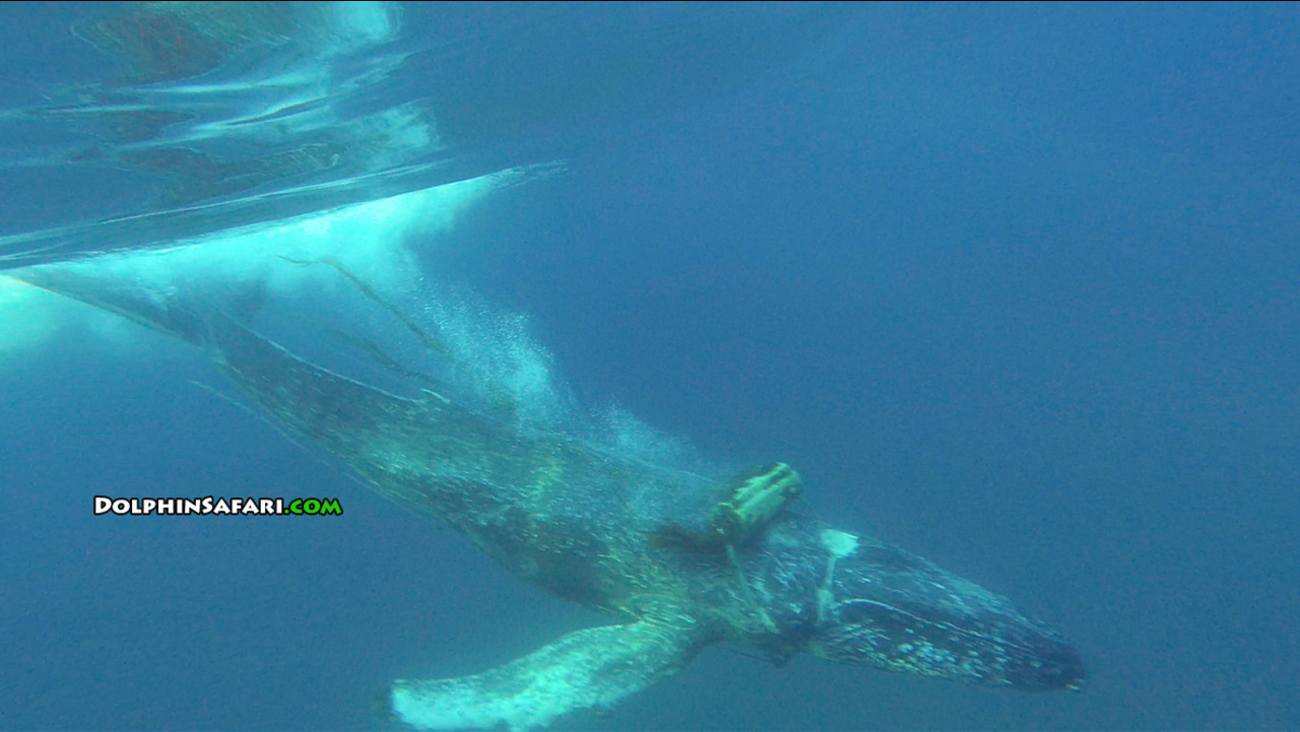 A humpback whale entangled in fishing line with a buoy or drum attached to it was captured on camera along the coast of Dana Point on Friday, Nov. 20, 2015. (Photo courtesy Capt. Dave's Dolphin & Whale Safari, Craig Dewitt)

The whale was spotted by whale watching boats from Captain Dave's Dolphin and Whale Safari and Dana Wharf Sportfishing. The groups notified the National Oceanic and Atmospheric Administration, but officials said it was too late to deploy rescue groups or attempt to attach a buoy to the whale for tracking.

Officials said the whale was severely entangled in the line, which they do not believe is fishing gear, and said it was wrapped around the mammal's head with either a drum or buoy attached to it.

It was last seen close to the Dana Point Harbor shore, heading down the coast in shallow waters at a slow speed.

Dave said videos and photos of the whale were captured by one of the whale watching boat crew members, and later confirmed it is possible the mammal could be the same one that was spotted on Oct. 27.

By late afternoon, authorities said the whale was believed to be in or near Mexico as it was traveling 3.5 knots per hour down the coast.

Dave organized Orange County's first whale disentanglement group in 2008, and he and his team have been involved in several rescue efforts to help whales since then.

Nearly 1,000 dolphins and whales die each day around the world due to fishing line entanglements, according to officials. This year alone, more than 40 whales have been spotted trapped in some form of fishing equipment.