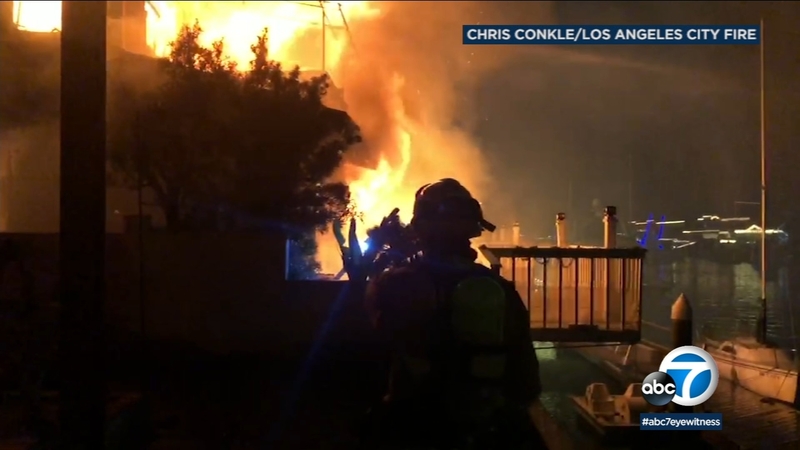 The two-alarm fire was reported at approximately 7:15 p.m. on the 16600 block of Wanderer Lane.

Nearby homes were threatened as firefighters encountered heavy fire and smoke, but were able to stop the blaze from spreading further. A knockdown was reported roughly an hour later.

Video from the scene showed flames engulfing the home and smoke rising. Crews from the Huntington Beach Fire Department also used a boat to fight the fire from the harbor.

The family that lived at the home was out to dinner when they got a call from a neighbor saying their house was on fire.

There were no injuries to firefighters or civilians.