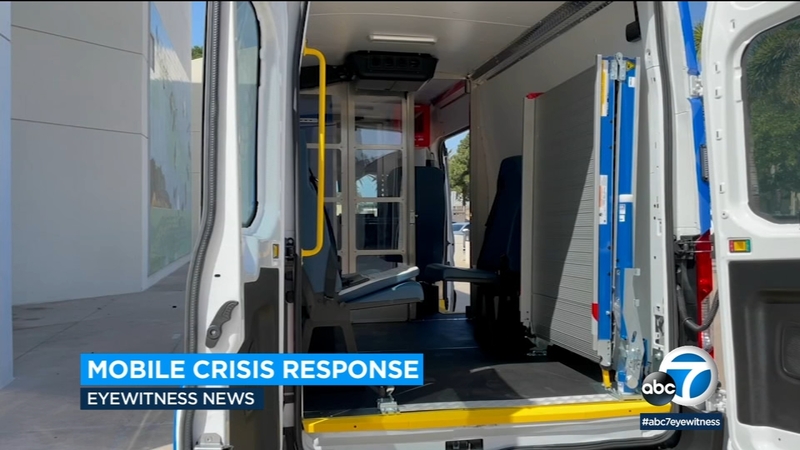 HUNTINGTON BEACH, Calif. (KABC) -- Huntington Beach is trying a new approach that other cities have also used: sending mental health experts or trained clinicians to respond to certain calls, rather than the police.

It's been nearly three years since Erin Brooke Lee found herself living in her van. She said police often show up when people tried to help her.

"I mean when the police respond automatically, you know, the first, you know, the intimidation or worry, 'Am I in trouble? Did I do something wrong? Am I gonna go to jail because I'm homeless?'" Lee said.

That all changed about a month ago with Be Well Orange County. Lee said she was on her way to housing after getting more focused care.

"The care was like, you know, it wasn't anything fake. It was sincere and they followed up on me. They probably checked on me like every two days," Lee said.

Los Angeles city and county leaders unveiled a new way of dealing with mental health-related emergency calls, one that will help keep armed police officers out of the mix.

"We need to be treating people with empathy and understand there's something going on that's the root of the problem. So, instead of sending people to jail we need to send people into treatment," Spitzer said.

"These professionals will have the ability to do follow-up case management on some of these incidents. Police departments aren't equipped for that. We're not built for that. We're built for being responsive and reactive," Harvey said.

Anthony Delgado, the director of Mobile Response Services with Be Well OC, said two teams with a couple trained employees in vans will have more time, noon to midnight, to asses patients not necessarily in need of psychiatric holds, but in need of treatment.

"We run the gamut from a very low threshold of stress all the way to that pre-crisis level, which might be prior to somebody meeting criteria for a hold or having to go to the hospital involuntarily," Delgado said.

Garden Grove is set to launch its own Be Well OC program in October, and more cities are expected to follow.

In more than half of the nearly 3,000 serious use of force incidents reported between 2016 and 2019, civilians had some type of impairment. People described as having a mental health problem or as "erratic" were most likely to die as a result of these serious incidents.