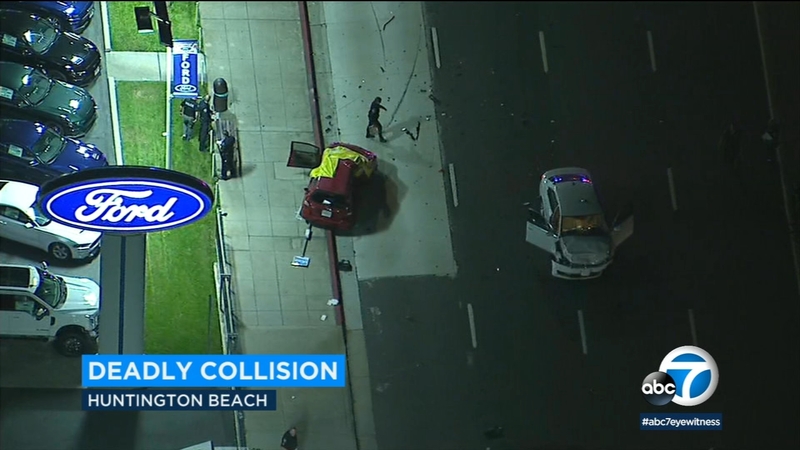 HUNTINGTON BEACH, Calif. (KABC) -- Two people were killed and three were transported to a trauma center after a multi-vehicle crash in Huntington Beach Monday night.

The crash involving two vehicles occurred in the 18200 block of Beach Boulevard at approximately 9:25 p.m.

Witnesses said one car broadsided the other.

Footage from AIR7 HD showed a red car on the sidewalk and a white car beside it.

Two victims in the red car were dead when firefighters arrived to the scene, while three people in the white car were injured.

Details regarding the identity of the victims was not immediately available.