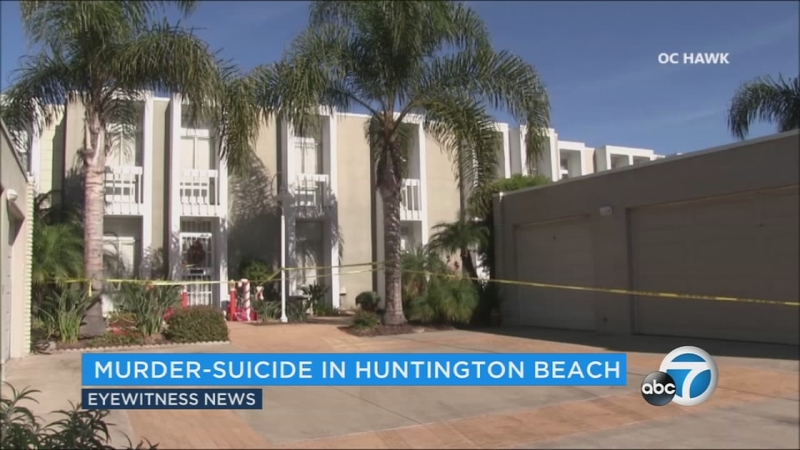 HUNTINGTON BEACH, Calif. (KABC) -- Huntington Beach police are investigating the shooting deaths of an elderly man and woman as a possible murder-suicide -- one that neighbors said happened after a yearslong dispute over landscaping.

Investigators received a call around 8 a.m. Friday about a possible shooting at a condominium complex in the 4100 block of Aladdin Drive, said police Lt. Tim Martin.

Responding officers found two people with gunshot wounds -- one male and one female. Authorities described both as elderly.

The man was deceased at the scene. The woman was transported to an area hospital, where she died. Investigators, who declined to disclose which person was the shooter, said both died of gunshot wounds.

The man and woman lived on the same street, but the nature of their relationship was not immediately confirmed by police.

Some neighbors said the deceased man and woman had been involved in a lengthy disagreement over landscaping.

"They've been feuding about this thing for years," said a woman who declined to be identified publicly. "I don't know how exactly it happened today, but I think she came out and he shot her and then he shot himself."

Another neighbor, Judith Lewis, said the homeowners association had stepped in at one point and told the man and woman to resolve their conflict.

"Her neighbor had things on his patio and in his yard that she didn't like, and so they were feuding about that," Lewis said. "But it wasn't a big deal. No one would ever dream that it would come to that.

"But you never know," she added. "You just never know what's in people's minds."