5 injured after car crashes into Carl's Jr. in Huntington Park 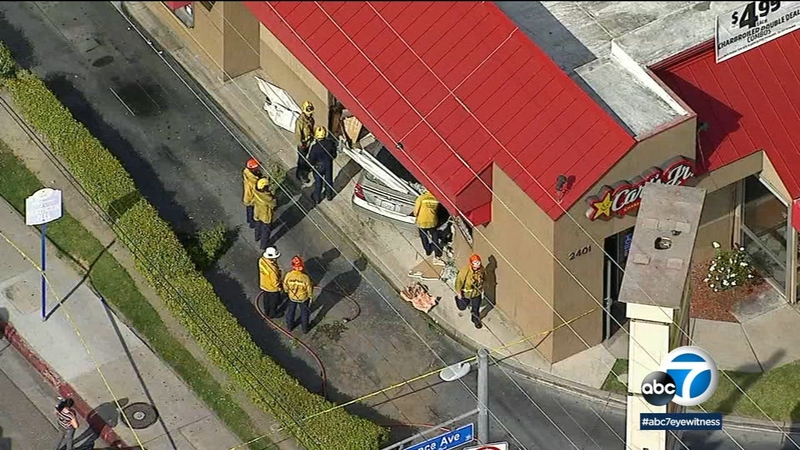 The crash happened in the 2400 block of E. Florence Avenue, according to the Los Angeles County Fire Department.

A silver sedan was spotted fully inside the restaurant as emergency response crews surrounded the scene. It appeared the car jumped the curb off of Santa Fe Avenue, into the drive-thru window and the main dining room of the business.

One Carl's Jr. employee said the crash sounded like an earthquake.

"I heard like a loud crash and I saw the dust up in the air, and I was like, 'Oh, maybe it's an earthquake or something' and as I come out, the car was inside, the lady was screaming and I was in shock, and once I got close, ...I saw a kid. He was under, like, the bumper," the employee said.