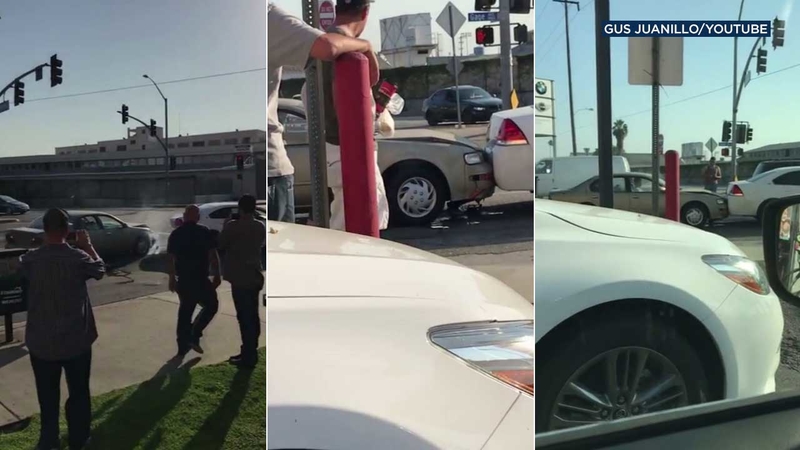 HUNTINGTON PARK, Calif. (KABC) -- It was a wild scene in Huntington Park, where a driver repeatedly plowed his car into the vehicle in front of him. The frightening incident was all captured on video.

It looked like a demolition derby at the corner of Alameda Street and Gage Avenue earlier this month.

Horrified onlookers stopped and watched from the sidewalk. One witness took out his cellphone and began recording.

Eventually, the suspect sped off, but that was after several minutes of erratic behavior.

After fleeing that scene, the suspect went on to hit a total of five parked vehicles, police said.

When officers arrived at the last crash scene, the suspect's car was on fire and inoperable, authorities said.