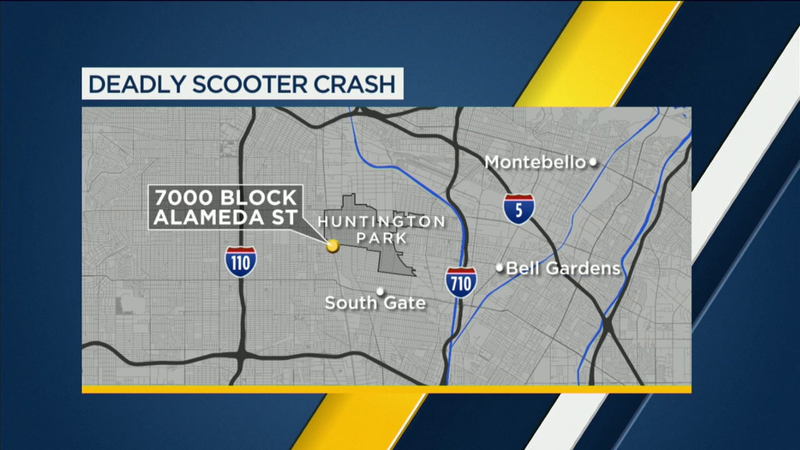 HUNTINGTON PARK, Calif. (KABC) -- A 28-year-old man on a "Vespa-type" scooter was struck and killed in Huntington Park early Sunday, and the suspect in the crash was taken into custody after returning to the scene for his front bumper, authorities said.

The victim was killed on scene when he was hit shortly before 2 a.m. in the 7000 block of Alameda Street, according to Huntington Park Police Lt. Al Martinez. The victim's name was not released.

Police said the suspect initially left the scene but returned in an effort to retrieve his front bumper, which had his license plate.

The 30-year-old suspect was taken into custody on suspicion of felony hit-and-run, drunken driving and manslaughter charges.