Hurricane Dorian: A view of devastation from the air 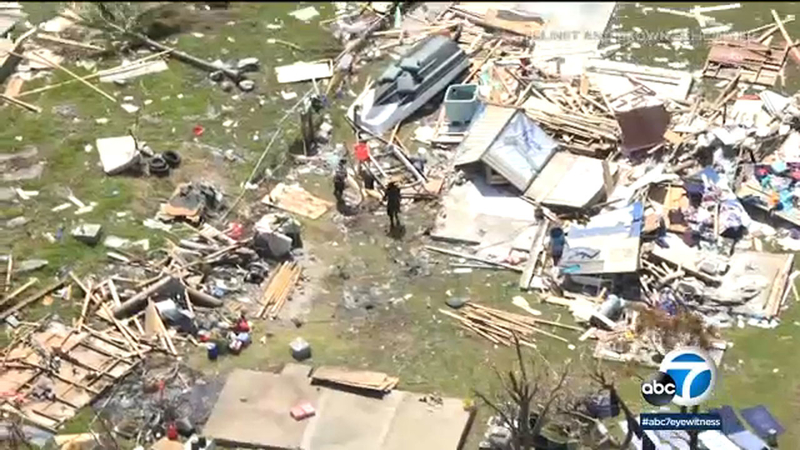 Hurricane Dorian: A view of devastation from the air

Although they survived Hurricane Dorian, a desperate situation is unfolding for the 70,000 Bahamians left homeless by the storm.

There were 130 who tried to board a ferry Sunday hoping to make it to Florida, but they were kicked off.

That was happening as the death toll, now at 50, continues to rise.

The United States has a history of allowing evacuees from natural disasters into the country, but President Donald Trump on Monday appeared to contradict the acting Customs and Border Protection commissioner who said Dorian victims would not be held hostage by paperwork.

"We have to be very careful," Trump said. "Everybody needs totally proper documentation because the - look the Bahamas had some tremendous problems with people going to the Bahamas that weren't supposed to be there."

Florida pilot Alex Anduze has already made over a dozen trips back and forth between Stuart, Fla. and the Bahamas delivering thousands of pounds of life-saving supplies.

"We took 3,000 pounds of water and 3,000 pounds of food," Anduze said. "We landed in a playground which was was the only large enough area place to land. The people said nobody had been there yet. We were able to bring them relief."

The company invited Los Angeles-based photojournalist Rob Gluckman - who normally films from AIR7HD - to document the devastation and their relief efforts, delivering supplies donated by people across the country.

Anduze says not everyone in the Bahamas is trying to get out.

"I approach the people and say, 'Do you want to be evacuated?' And they just say, 'We're going to clean up and build back up again.' And it blows my mind. You think to yourself, there's nothing left, but they have a very casual way of life and they just want to keep going."