Here's how much rain North Carolina can expect by the time Hurricane Florence leaves the state.

Forecasters say "it cannot be emphasized enough that the most serious hazard associated with slow-moving Florence is extremely heavy rainfall, which will cause disastrous flooding that will be spreading inland." Top winds were holding at 90 mph -- that's just a Category 1 hurricane -- but some communities were already submerged in more than six feet of water as the storm drenched the coast.

-Heavy rains: parts of the Carolinas could see 20 inches to 30 inches (50 to 76 centimeters), with isolated areas getting 40 inches (100 centimeters), over seven days along the coast

-Storm surge: up to 13 feet (nearly 4 meters), and seawaters could push inland 2 miles (more than 3 kilometers), depending on how long Florence lingers

-Intensity: maximum sustained winds at 100 mph (160 kph), below the 111 mph (178 kph) threshold for a "major" hurricane but still extremely dangerous

If Florence doesn't wipe out oceanfront homes perched on stilts along the Carolinas coast, rising sea levels will . Florence is hitting low-lying barrier islands that experience some of the fastest rates of sea level rise observed anywhere in the world, nearly an inch (2.5 centimeters) a year. Nevertheless, North Carolina's Republican-controlled legislature listened to coastal developers and passed a law in 2012 requiring state scientists and regulators to consider climate-change skeptics in sea level rise projections for development and infrastructure planning. Billions are being invested in homes and condos on low-lying land likely to be inundated, while bridges and roads are being built too low.

Fast response crews from California, Florida and New England have converged on the Carolinas to be ready to move into damaged areas once it's safe to do so. Inflatable Zodiac boats, all-terrain vehicles and mini-bikes are among the equipment some teams such as the Oregon Air National Guard's 125th Special Tactics Squadron brought in. The Virginia National Guard has 1,200 personnel ready to respond for missions including high water transportation, debris reduction, commodity distribution, shelter management assistance and search and rescue.

The mayor of Hurricane, West Virginia, stepped in to rescue a wedding on North Carolina's Outer Banks from an uninvited guest: Florence. As the storm threatened to wash away months of planning , Mayor Scott Edwards offered a unique opportunity to use his city hall for the ceremony. Marsha Bradbury and Jon Gillenwater plan to be wed "in Hurricane during the hurricane" on Sunday.

Mercedes O'Neill is worried about riding out the hurricane in her North Myrtle Beach home. But she's even more worried about what would happen if she couldn't quickly get back to work at a Family Dollar store after the storm passes. O'Neill's family lives paycheck to paycheck, and evacuating isn't cheap . She thinks her store will try to reopen as soon as possible, and she wouldn't want to miss work. Her boyfriend boarded up her windows, spraying "Thank God for Trump" on one and "God bless the USA" on the other.

About 1,600 animals at the North Carolina Zoo are hunkered down. Zoo workers moved elephants, giraffes, chimpanzees and hundreds of other species indoors for safety. But spokeswoman Diane Villa says some animals, including bison and elk, will stay in fenced-in yards instead of barns because they don't like being in fully enclosed spaces. A crew of zookeepers, veterinarians and park rangers will ride out the storm with the animals.

THE POWER OF WATER

Scientists can't say - yet - that climate change helped make Florence worse. But previous research has shown that the strongest hurricanes are getting wetter, more intense and intensifying faster due to human-caused warming. Studies also have shown that storms are moving more northward and slower both issues in Florence. Sea level rise also adds to storm surge damage : When Hurricane Sandy hit in 2012, a study found sea-level rise over the 20th century caused more than $2 billion in additional damage in New York City due to the "extra" storm surge it generated. 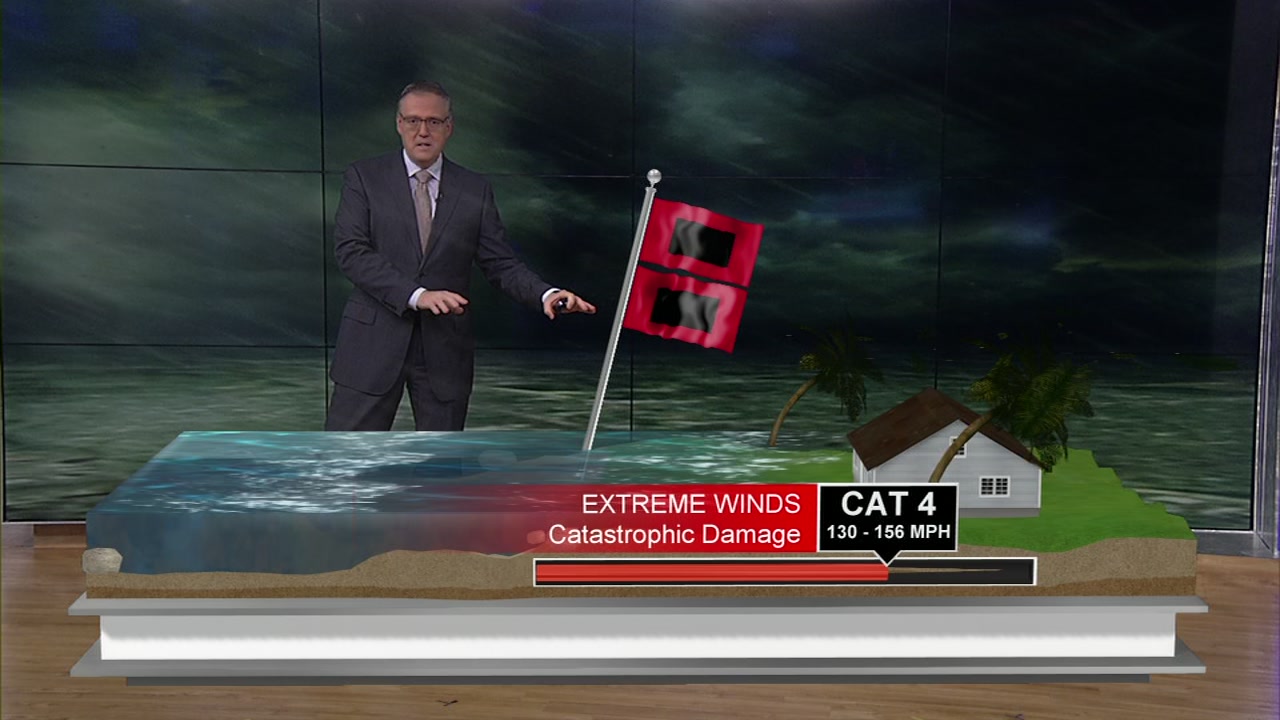 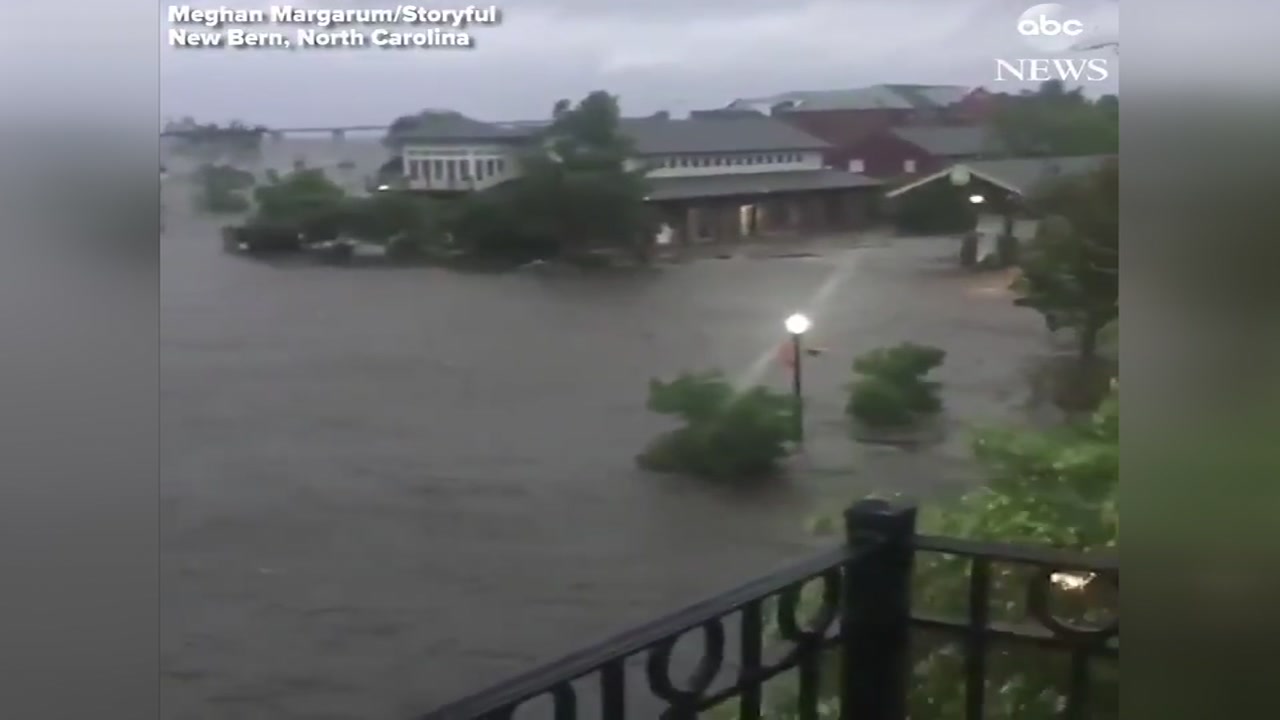 'We are coming to get you' 150 needing rescue as people are trapped on roofs and in attics in New Bern, North Carolina 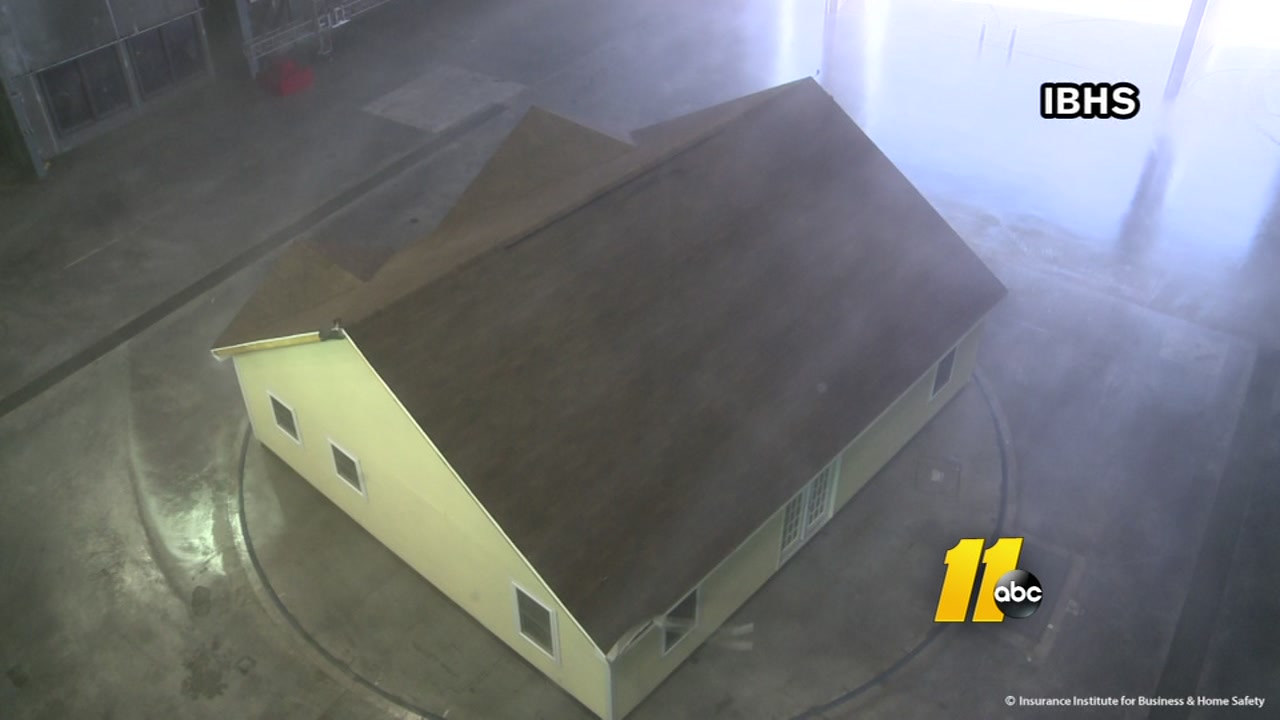 What happens to your home in hurricane-force winds?