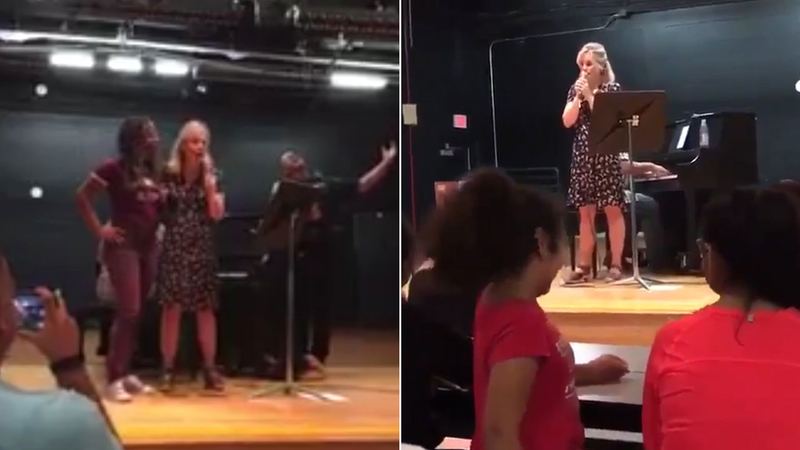 In the middle of a hurricane, Kristen Bell brought a little comfort to a group of children by asking if they wanted to build a snowman.

The Frozen star visited a shelter in Orlando as Hurricane Irma raged outside on Sunday. The voice of Princess Anna performed songs from the beloved Disney film, enlisting an energetic police officer and a fan to help.

Fans thanked Bell for cheering up the kids.

Can you imagine? You're 9 years old in a shelter, scared, and freaking ANNA shows up?!!! I love @IMKristenBell God Bless You.

You are literally the sweetest. Spreading joy during the tough times 💜 pic.twitter.com/bGUsjVfm73

The families at the shelter weren't the only ones Bell looked after during the storm. On Saturday, her Frozen co-star Josh Gad said that Bell "literally saved my parents and my entire family" when she put them up in her hotel.

The actress didn't stop there. She posted heartwarming tweets throughout the storm, even joking to her husband that she had found a "side-piece."

Dear @daxshepard1, this is john. My side piece in orlando. I hope u understand. Im powerless over a man who serenades me. #Irma2017 pic.twitter.com/YkT0MCDL7J

There are thousands of senior home evacuees in our hotel so...heres me dining with all my new friends! #Irma2017 #HurricaneIrma pic.twitter.com/JoEmAAT4cv