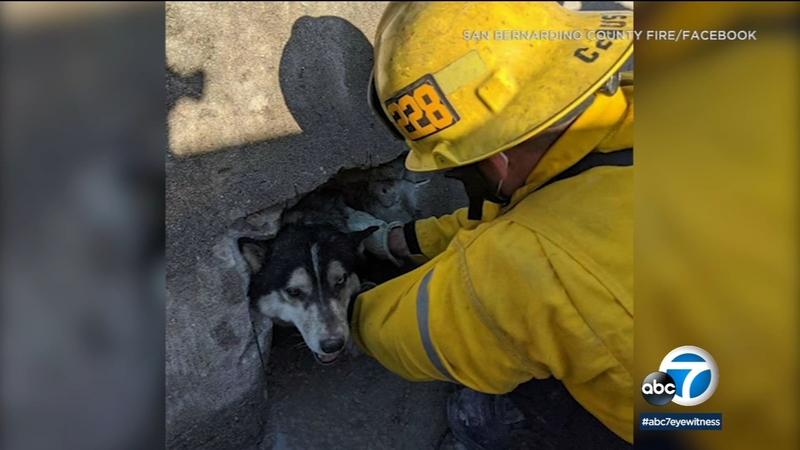 SAN BERNARDINO, Calif. (KABC) -- A dog that got stuck in a storm drain in San Bernardino was rescued by animal control officers and reunited with its owner.

Crews responded to reports of the stuck husky near La Verne Avenue and Love Lane Monday morning, according to the San Bernardino County Fire Department. Some residents who called said the dog had been there overnight.

The dog had apparently entered the storm drain and eventually came to a small dead end, officials said, but attempts to have the dog back out that way were unsuccessful.

Fire crews used concrete cutting saws, jack hammers and other tools to chip away at the cement. They also brought in a ventilation fan to make sure the canine had access to fresh air.