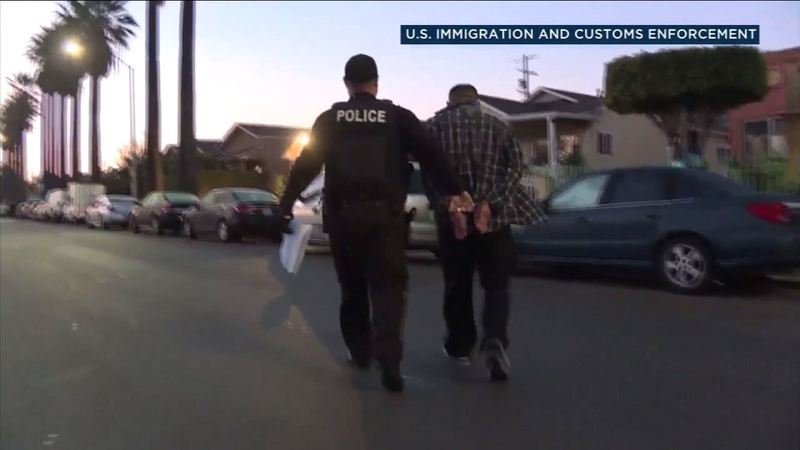 Of the 150 arrested, ICE said 90 percent of them had criminal convictions.

The agency criticized a state law that prohibits local law enforcement from notifying them when an undocumented immigrant is released from custody. ICE said that once they eventually find out that an individual with an immigration hold has been released, they spend weeks and sometimes months looking for them.

"We're actually going into these communities, which puts not only our officers at risk but the community members as well. So, another thing we want to focus on is to enhance public safety," said Thomas Giles of ICE.

The crimes the suspects are accused of range from attempted murder to DUI. ICE believes the suspects should not have been released in the first place.

"Going back out into the community, they more than likely prey upon the immigrants or the people of that community. There's numerous cases that we had during this operation where they've been arrested multiple times by the local law enforcement agencies, and we've had multiple detainers placed on these people but due to the state law, we were unable to take custody of these people in a secure environment," Giles added.

L.A. County Sheriff Jim McDonnell said it's a balancing act when it comes to public safety and dealing with federal immigration agents.