Drivers on Interstate 80 passing through Emeryville are doing a double take after a billboard was changed to make a statement about parents and children being separated at the U.S. border.

EMERYVILLE, Calif. -- Drivers on Interstate 80 passing through Emeryville in Northern California are doing a double take after a billboard for 1-800-GOT-JUNK was vandalized. The text was changed from "We make junk disappear" to "We make kids disappear - ICE."

"I had to come back over here on break and take a picture before they come and take it down because I know it's not gonna stay up there for long," said bus driver Chere Beasley.

The activist group InDecline changed the sign in response to parents and children being separated at the U.S. border. They did it Wednesday night in the dark at Shellmound Street in Emeryville.

MORE: 'They were traumatized': What are 'tender age' shelters for the youngest immigrants?

In the light of day, as people looked up at it, many found it hard to believe someone could do this.

"That's a really tall billboard," said Oakland resident Selena Lively. "I would be scared of it up there, scared of heights, but I mean it takes courage to do what they did. So, I applaud them for it."

InDecline was formed in 2001 and is best known for the naked statues of President Donald Trump, like the one that popped up in Los Feliz.

Now they have come after Trump's immigration policy, and they have a sympathetic audience on the ground in Emeryville.

"They need to do every billboard that has that particular message," said Beasley. "I mean, it's kinda messed up, yes. But it needs to be known!"

Lively adds, "I mean, it's a good thing, it grabs people's attention and brings notice to what's going on. I'm not surprised, though." 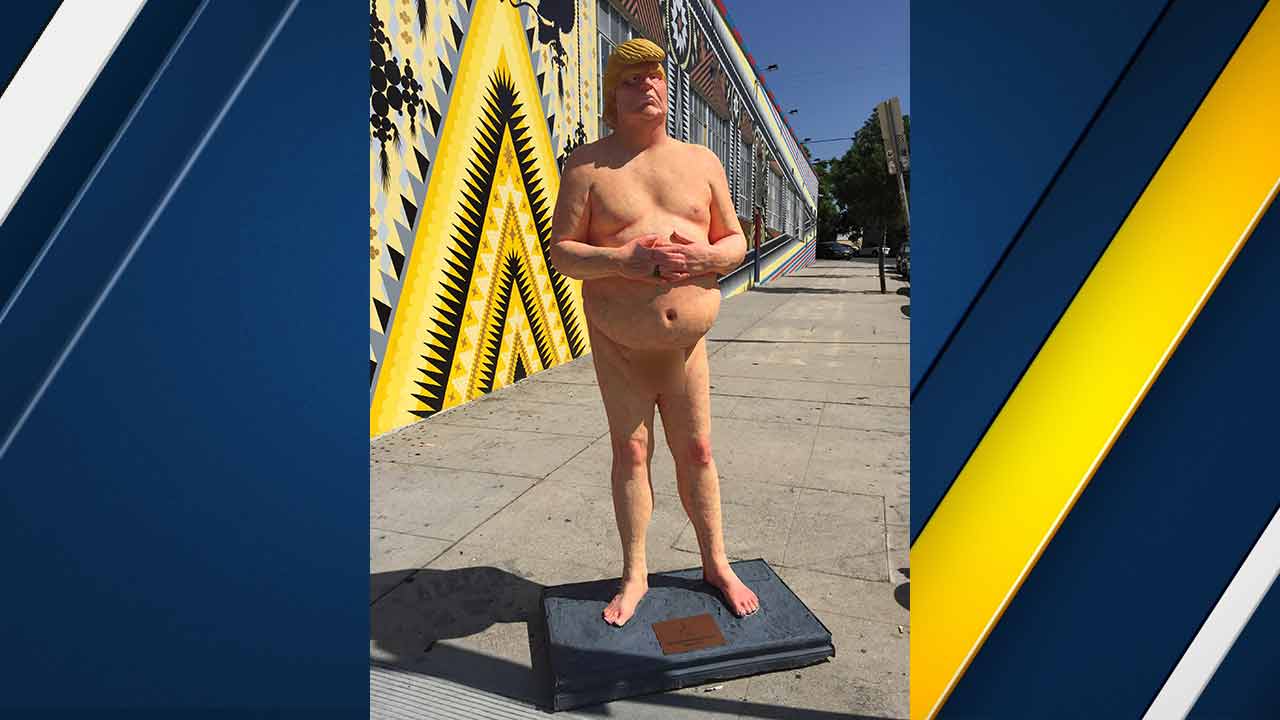