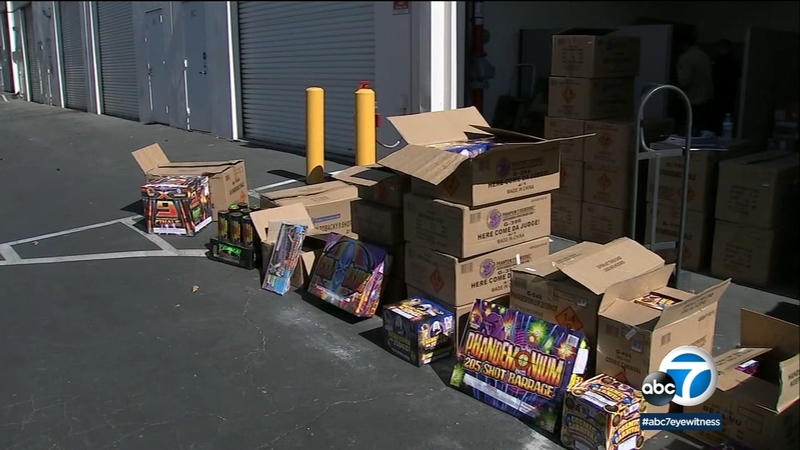 RIVERSIDE, Calif. (KABC) -- Just days before the 4th of July, police in Riverside Tuesday seized 1,000 pounds of illegal fireworks after they received an anonymous tip.

That lead authorities to a local business that sells legal fireworks to stands across the region. While most of them were of the "Safe and Sane" variety, there were many that were not.

Investigators say some of the seized fireworks are aerial fireworks, which shoot into the air and are illegal throughout California.

"These fireworks are particularly dangerous because they're a projectile - projectile, meaning they are launched in the air," said Ray Mendoza with the city of Riverside Fire Department. "They have an unknown falling distance. An individual who uses or partakes with these types of fireworks, can and will create fireworks."

Authorities say the business owner was also giving away illegal fireworks to Instagram influencers in the hopes of generating sales. They're working with the owner to determine where they went in order to get them back.

The business owner is not only facing municipal code violations but also possible felony charges.

Law enforcement agencies across the rest of Southern California are also cracking down on sellers of illegal fireworks.

A team of undercover Pomona police officers gave Eyewitness News exclusive access as they set up buys of illegal fireworks and then busted the sellers.