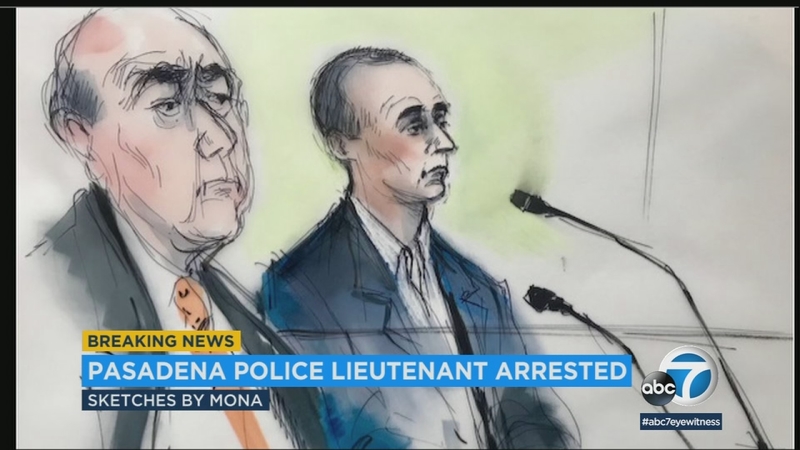 A lieutenant in the Pasadena Police Department turned himself in Friday after being indicted on charges of selling guns without a license.

Vasken Kenneth Gourdikian, 48, of Sierra Madre, was named in a four-count federal indictment for allegedly selling guns without a license, making false statements on Bureau of Alcohol, Tobacco, Firearms and Explosives Forms, and possessing an unregistered short-barreled rifle.

Gourdikian, who had been on paid administrative leave with the city of Pasadena since February 2017, will now be notified and placed on leave without pay, according to the Pasadena Police Department.

The federal indictment alleges that Gourdikian sold over 100 guns without a license from March 2014 through February 2017 and that he used his status as a police officer to purchase guns not available to the general public.

He then sold the "off-roster" weapons through third parties, the indictment said.

As a police officer, Gourdikian was also able to purchase more than one handgun in a 30-day period, the statement said. He was also allowed to take possession of a gun before the usual 10-day waiting period.

"Bringing a case against a law enforcement officer is never pleasant, but we hold public safety and a commitment to justice above everything," Bill McMullan, Special Agent in Charge of the ATF Los Angeles Field Division, said in a statement.

Gourdikian is also charged with twice having falsely stated on ATF forms that he was the actual buyer of a gun, when in fact he had already agreed to sell it to someone else.

Special agents from the Bureau of Alcohol, Tobacco, Firearms and Explosives executed a federal search warrant at Gourdikian's residence in Sierra Madre in 2017 and seized approximately 62 firearms, including an unregistered short-barreled rifle, the statement said. The indictment further charges Gourdikian with illegally possessing that unregistered gun.

Pasadena Police Chief Phillip L. Sanchez said the allegations are concerning, and the department will continue to cooperate with federal authorities.

Gourdikian's attorney released a statement saying the indictment is "misguided and truly an abuse of the supposed discretion of the Government."

The statement read in part: "The inflammatory statement today issued by the Government today was better suited for a political rally which probably explains the true motivation and timing of this flawed Indictment. This case will be vigorously contested."