KABC
By ABC7.com staff
MONROVIA, Calif. (KABC) -- A juvenile was in custody after police responded to the scene of illegal street racing in Monrovia early Saturday morning.

The Monrovia Police Department arrested a 16-year-old for reckless driving and misdemeanor evasion after the minor fled an incident involving around 50 cars at the intersection of Huntington Drive and Monterey Avenue shortly after 1 a.m.

All of the vehicles dispersed when police arrived, but the suspect's car collided with a police cruiser following a brief chase and led to the arrest. 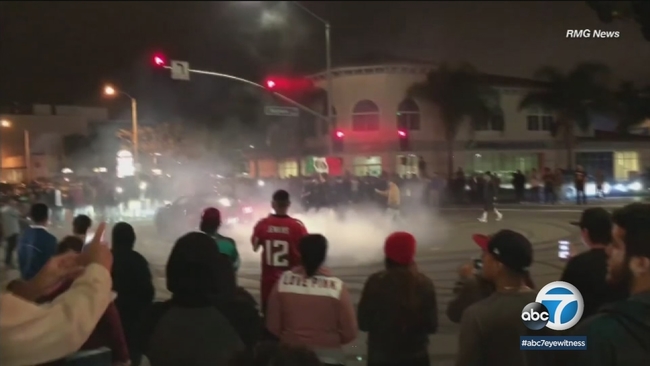