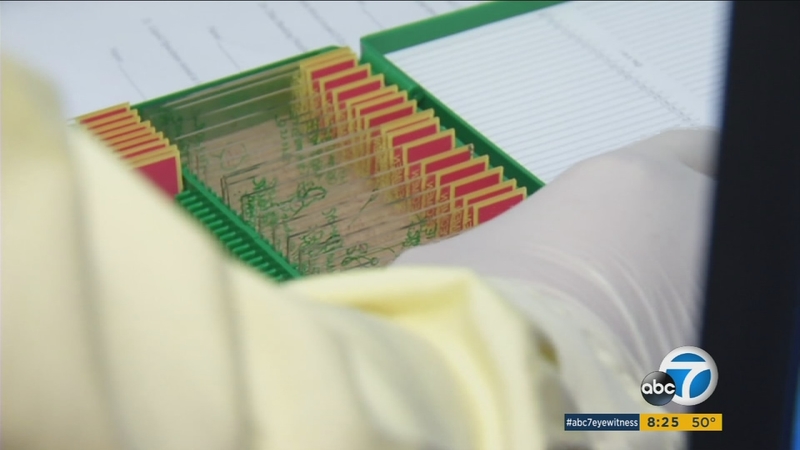 LOS ANGELES (KABC) -- A report by the American Cancer Society shows that a number of cancer deaths continue to go down because of more screenings and new treatments such as immunotherapy.

For 25-year-old Stefani Joho, her three sisters and parents are her world. Three years ago, her doctor ordered a colonoscopy because she has a family history of cancer and hadn't been feeling well for months.

During the procedure, her doctor found a large mass in her colon. She was diagnosed with stage four colon cancer. Two surgeries and rounds of chemotherapy had little effect on the cancer.

"I was ready to give up. I mean the reason I didn't was because of my family - they wouldn't let me," she said.

Oncologist Dr. Dung Le is studying immunotherapy. She and her colleagues found that advanced cancer patients with a certain DNA defect called mismatched repair gene may have the best response to the treatment.

Le said the patients respond best to drugs called PD-1 inhibitors, which allow the immune system to fight the cancer.

After months of treatment, Joho's tumor shrank by 65 percent and it's no longer growing. She said it's been the best she's felt in years, and she's ready to start a new chapter in her life.

In a recently published small study of patients, Le found that 92 percent of the patients responded to the immunotherapy treatment.