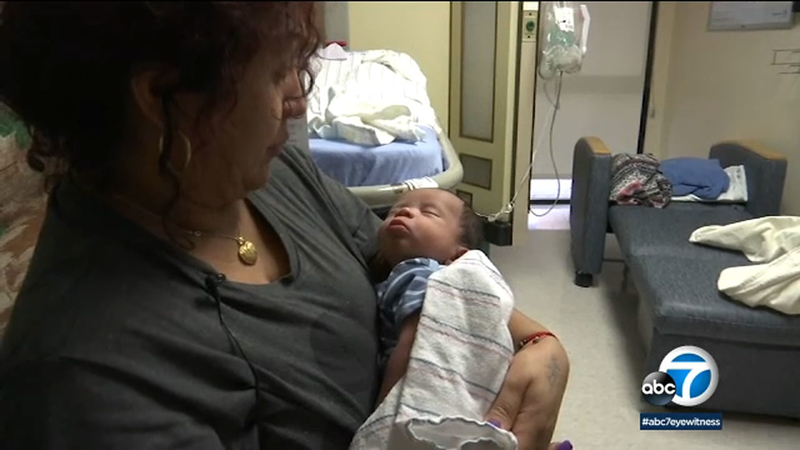 BOYLE HEIGHTS, LOS ANGELES (KABC) -- Local doctors say they're seeing an increase in flu-like illnesses at a more rapid rate than in previous years. One new mom is speaking out about the importance of getting vaccinated.

Her infant son is in the hospital - struggling to fight off a dangerous flu infection.

Two-week-old Logan Sosa cranes his head to take in air. His mother, Maggie Sosa of Bell, rushed him to Adventist Health White Memorial.

"That's when they tested him and they said he had influenza B," she said.

Health officials say the B/Victoria strain has been the dominant virus so far and children are particularly susceptible.

"It was a shock because he's so tiny," Sosa said. "There's not a lot of things they can do for him right now. But I know, I know, God has him in his hands. I know he is going to get better."

"The kids are not able to have the vaccine until they are 6 months old and a lot of times they're the ones who get hit hardest," said Pediatric Critical Care specialist Dr. Anthony Moretti with Adventist Health.

Health officials say although this year's vaccine is not a good match for the B/Victoria strain, a flu shot can still save a child's life. Sosa got one while she was pregnant.

"When a pregnant woman gets the vaccine she generates antibodies that get passed along to the baby," Moretti said.

CDC officials say this year's flu vaccine contains an H1N1-A strain, which is starting to show up.

"We are probably only a quarter into our flu season," Moretti said.

In the 2018-2019 flu season, 90% of deaths were due to the influenza A strain. That's the one that's picking up steam right now. Half of deaths were in children who were previously healthy and two-thirds of them were never vaccinated.

"We encourage everyone that's able to, to get the vaccine, if not only for them, but also for our youngest babies," Moretti said.

"He will get better," Sosa said as she cradled her newborn. "We definitely have to pray for that."

Sosa hopes others will do what they can to protect little ones like hers.

"We definitely have to clean our hands every single time," she said. "We have to get our flu shots prior, especially with newborns. And if you feel like you have a little bit of a cough, if you feel you're catching a cold, maybe not even visit them until you're better."
Report a correction or typo
Related topics:
health & fitnessflucircle of healthchild careflu season
Copyright © 2021 KABC-TV. All Rights Reserved.
CIRCLE OF HEALTH 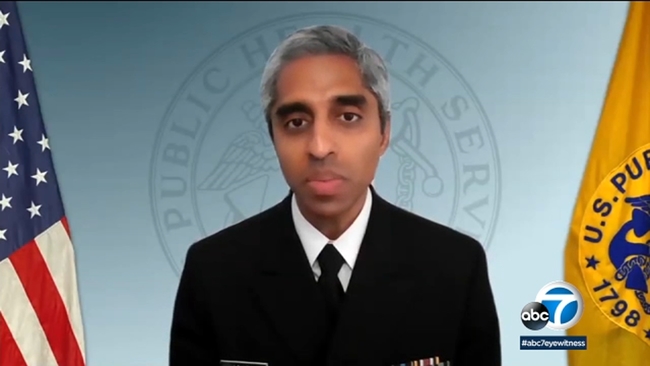