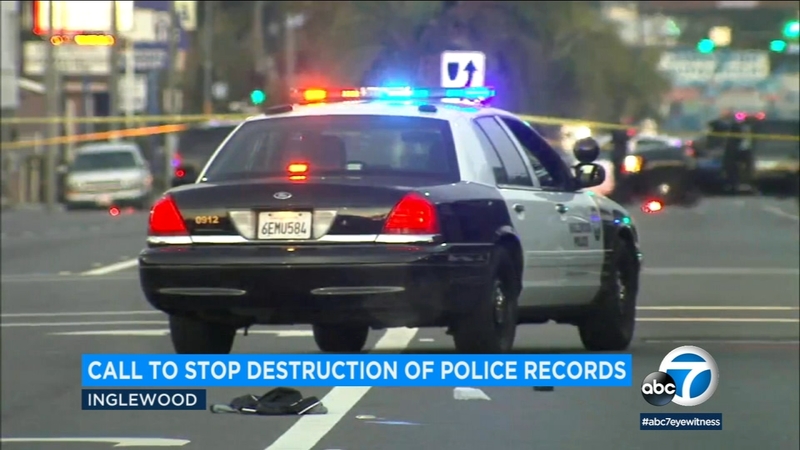 INGLEWOOD, Calif. -- Activists are blasting the city of Inglewood for a plan to destroy about 100 records relating to police shooting investigations shortly before a new law could make them available to the public.

Cities are required to keep internal records on investigations into police shootings for at least five years. But the city of Inglewood voted earlier this month to destroy about 100 records that are older than that limit. On Jan. 1, 2019, a new state law takes effect that could open up some of those records to the public.

Activist Earl Ofari Hutchinson noted there could be some cases older than five years old that are still in active litigation.

But Inglewood Mayor James Butts said the city is complying with the law.