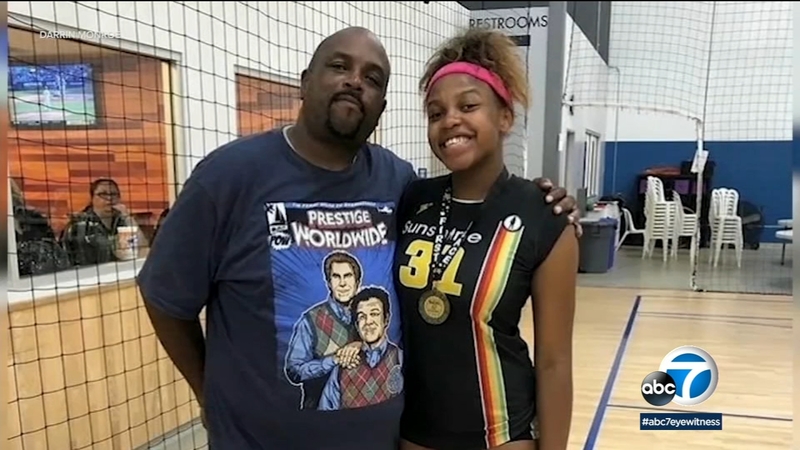 $45,000 reward offered in case of teen killed in Inglewood shooting

INGLEWOOD, Calif. (KABC) -- The family of an 18-year-old who was shot and killed while sitting in a car outside her mom's house in Inglewood is renewing their push to catch the person responsible.

It's been seven months since Daina Monroe was trying to decide what movie to watch with her family and friends when someone drove by and started shooting at the car.

The volleyball standout was recruited by 32 colleges and had her whole life ahead of her.

"It's very hurtful and upsetting to know that whoever did this is walking around free in the world. It's not fair, it's horrific," said friend Ghalia Warren.

Investigators say they have very little to go on in the case and need the public's help. A $45,000 reward is being offered in the case. Her family says all they want in justice.

Daina Monroe, who was lovingly known as "Gucci," was shot and killed while sitting in a car outside her mother's home in Inglewood

"We plead with anyone who may have any information related to this senseless and unprovoked crime against our Daina to do the right thing and come forward," said Monroe's aunt, Lisa Neal.

For Monroe's family, her murder was just the beginning of the gun violence they would suffer.

In April, her cousin's fiance was shot and killed in Inglewood. A week later, Daina's grandfather was murdered by a thief who was after his Rolex watch.

Maisha Layne, Daina's aunt, said she feels like she's in a nightmare.

Daina's devastated father, Darrin Monroe, said solving his daughter's murder will be the first step towards healing from these unimaginable tragedies.