Inglewood teen charged in fatal shooting of 2, including man he dated 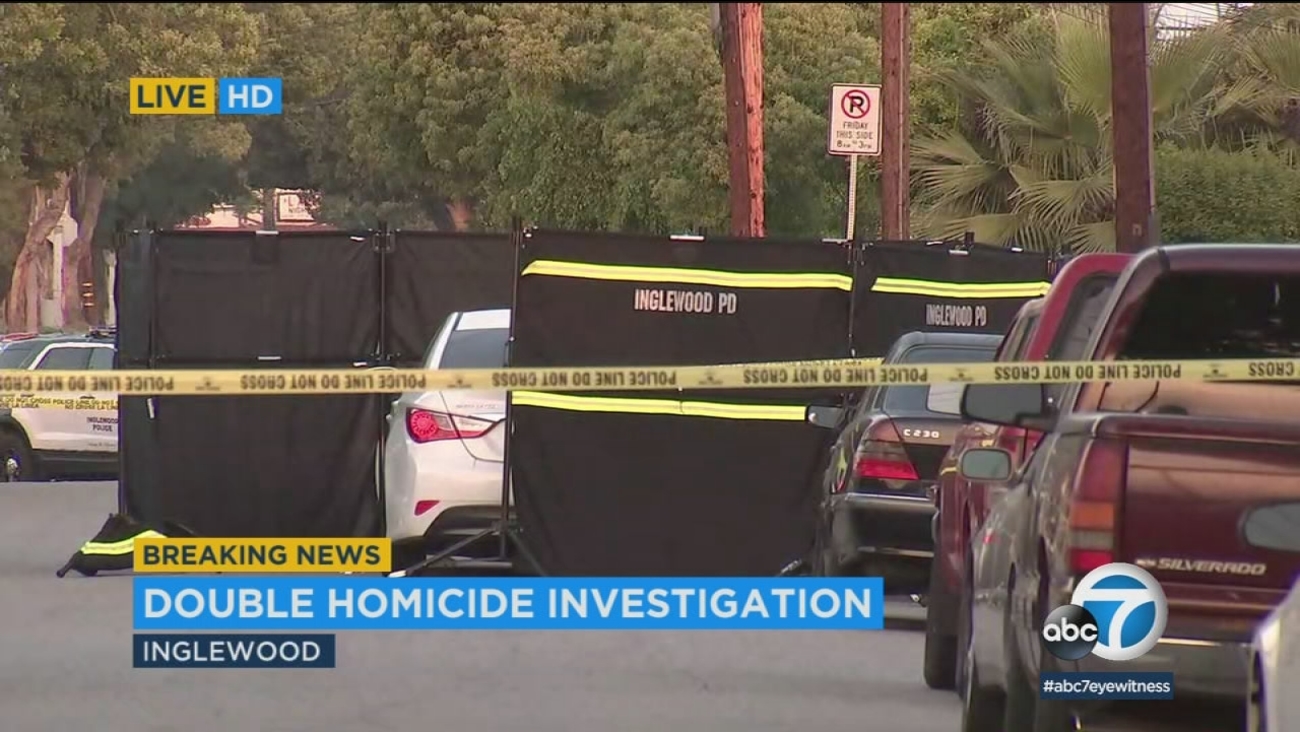 Crime scene tape ropes off the scene in Inglewood, where authorities were investigating a double homicide on Monday, April 30, 2018. (KABC)

INGLEWOOD, Calif. (KABC) -- A 19-year-old man was charged Monday with the shooting death of two men, one of whom he dated, the Los Angeles County District Attorney's Office announced.

Both victims, Christian Martinez, 27, and Saul Reyes, 39, were found shot to death in a car parked on the 3600 block of West 107th Street in Inglewood on April 30, the prosecutor said.

The criminal complaint alleges the murders occurred on or about April 29.

Veliz faces the death penalty or life in state prison without the possibility of parole if convicted as charged.