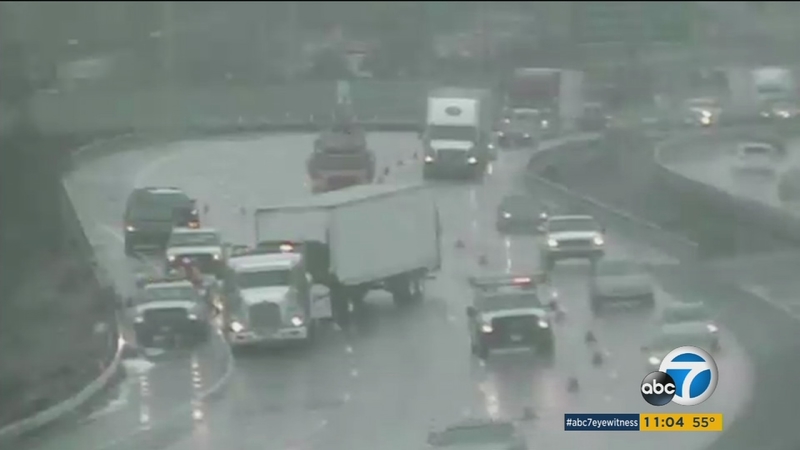 A crash involving a jackknifed big rig blocked multiple lanes on the eastbound 10 Freeway near 9th Street in Colton, backing up traffic for miles.

Traffic on the southbound 15 Freeway was also snarled due to another jackknifed big rig just south of the 91 Freeway in Corona. The wreck and the resulting fuel leak created a hazmat situation, closing all southbound lanes for approximately 1 hour.

Another crash involving a jackknifed big rig and multiple vehicles was also reported along the southbound 215 Freeway in San Bernardino.

The storm was expected to drop between 3/4 of an inch to 1 inch of rain in the Inland Empire. The chance of rain continues through Tuesday, and conditions were expected to dry out by Wednesday.