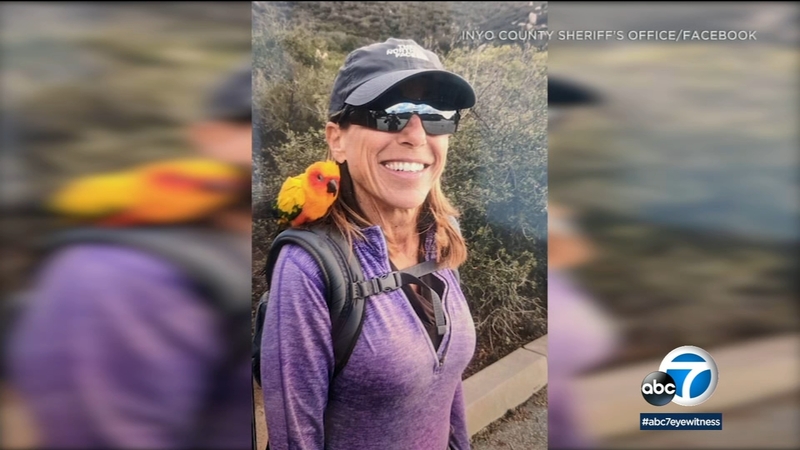 INYO COUNTY, Calif. (KABC) -- The dog of a Huntington Beach camper who vanished in the Inyo National Forest has been found while search teams are hoping aerial reconnaissance and thermal imaging will lead them to the woman, who is described as an experienced hiker.

Her husband said she went to take their dog for a walk while he moved their Jeep. The dog, Miley, was found Monday morning about 2 miles from where Sheryl went missing, authorities said.

Powell is described as 5 feet 3 inches tall, 120 pounds, with brown hair, brown eyes. She may be wearing a purple top.

Several neighbors said Sheryl and her husband are avid campers and experienced hikers.

The sheriff's office determined that Sheryl's husband is not connected to her disappearance. Sheryl's daughter, Farrah, wrote on a GoFundMe page set up for search efforts that the family's major concern is the possibility of abduction.

"They go out there all the time. I knew if there was an SOS sent out, there must be something bad," Farrah told Eyewitness News via Skype.