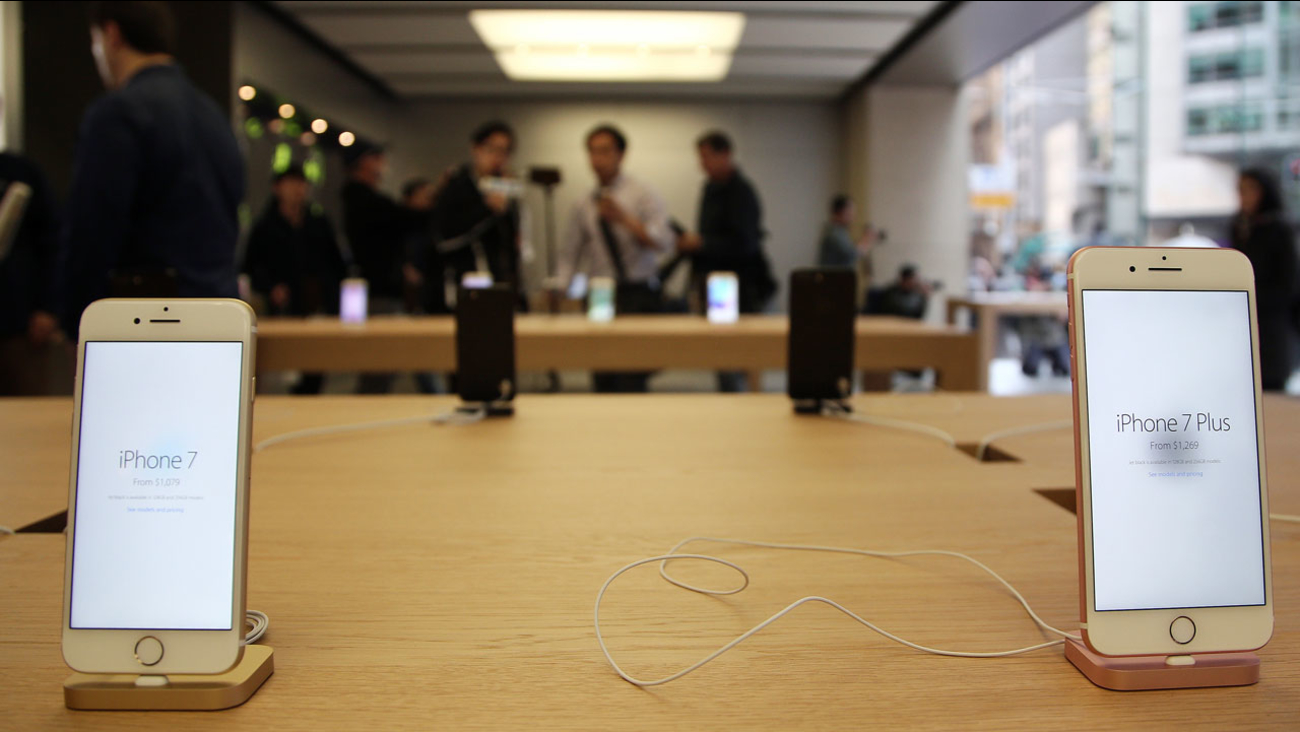 PASADENA, Calif. (KABC) -- As the coveted iPhone 7 hit Apple stores Friday morning, lines had already formed outside of stores throughout the Southland.