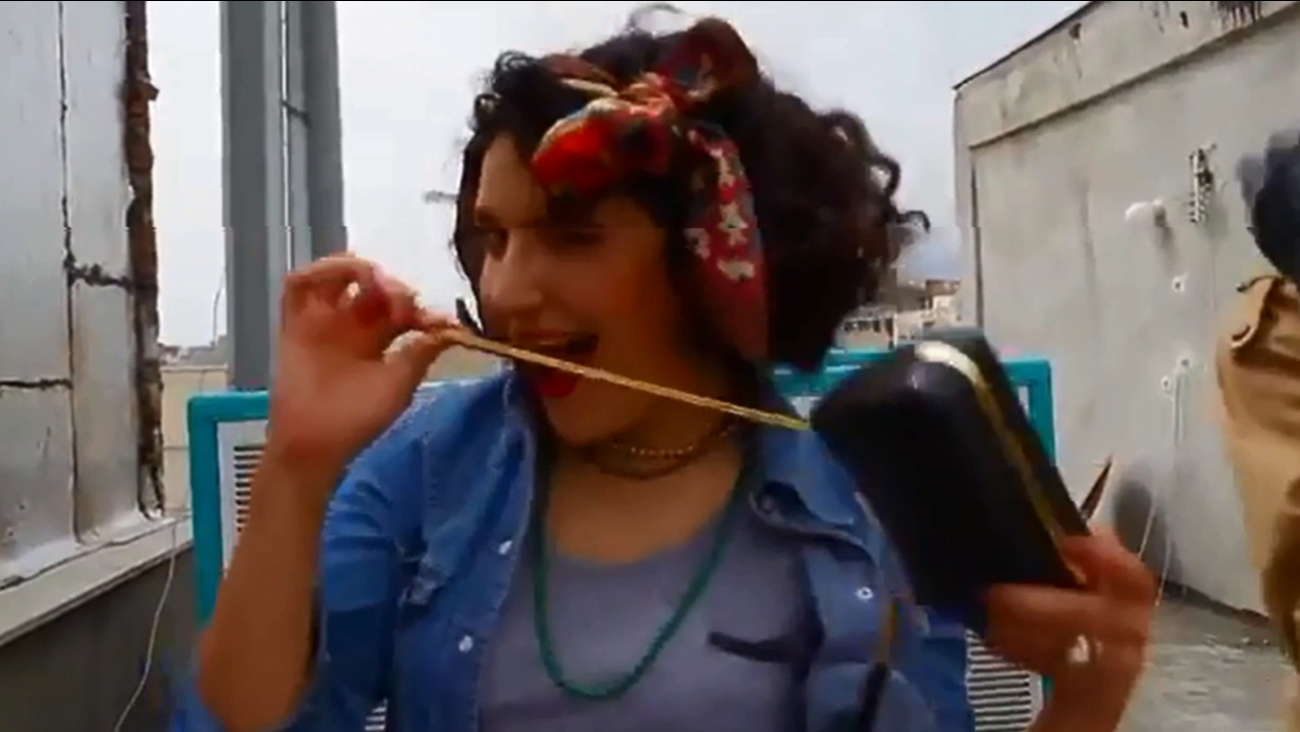 An Iranian woman dances to singer Pharrell Williams' 'Happy' in this video screenshot.

TEHRAN, Iran (KABC) -- Six young Iranian men and women arrested for dancing to Pharell Williams' "Happy" have been released, according to a human rights organization.

The director of the video remained in custody, said Hadi Ghaemi, executive director for the International Campaign for Human Rights in Iran.

The internet video garnered more than 30,000 views online last month before being pulled down.

Tehran Police Chief Hossein Sajedinia said the six were arrested on state TV late Tuesday in a report that blurred images from the video and then showed the six with their backs turned toward the camera.

In the TV broadcast, those arrested said they had been deceived and that the video was not meant to be posted on the Internet.

On the broadcast, Sajedinia warned Iranian young people that police will confront those who challenge Islamic and social norms.

"The youth should try not to be deceived by these people under pretexts such as acting or singing," he said.

Their arrests caused intense international outcry and demonstrates how far Tehran will go to halt what it deems to be decadent Western behavior - despite the views of its moderate president.

A tweet posted Wednesday evening on President Hassan Rouhani's account seemed to address the controversy, even if it stopped short of mentioning the video or the arrests directly.

"#Happiness is our people's right," it said. "We shouldn't be too hard on behaviors caused by joy."

Williams tweeted: "It's beyond sad these kids were arrested for trying to spread happiness."