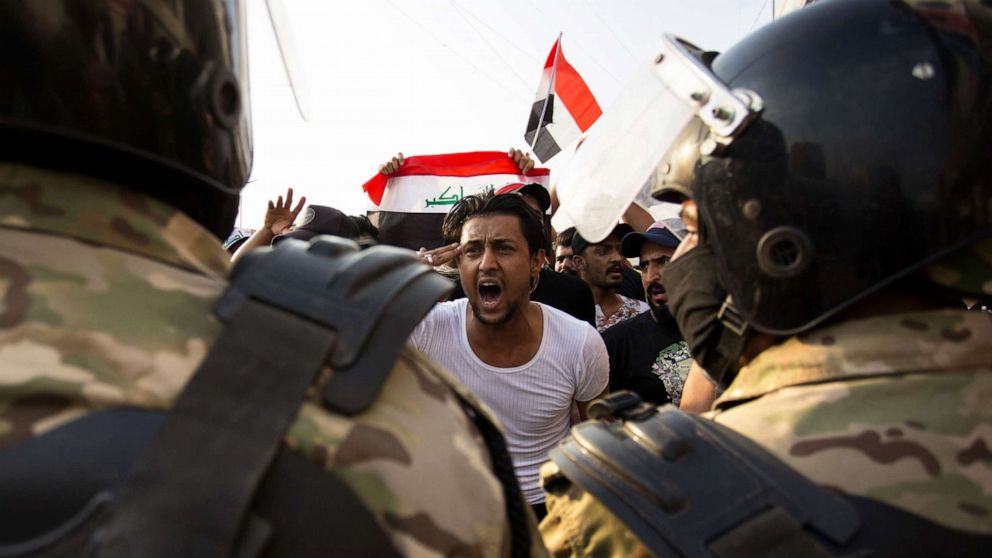 Beirut, Lebanon -- Internet coverage across Iraq has been temporarily switched off by the government and Iraqi Prime Minister Abdel Abdul Mahdi ordered a curfew in the capital Baghdad in response to widespread anti-corruption protests during which at least 18 people have been killed and hundreds more injured in the last two days.

Eleven people were killed during protests overnight in two southern Iraqi cities, including a policeman, according to a report attributing police and medical sources.

Video footage began emerging on social media by Thursday morning purporting to show security forces firing live ammunition to break up groups of demonstrators. At least one clip posted to Twitter showed hundreds of people running through the night while the sound of multiple rounds of ammunition could be heard firing. The caption that accompanied the video claimed it was taken at a demonstration on Wednesday night in Baghdad's Sadr City neighborhood.

Amid the unrest overnight, the U.S.-led coalition confirmed a number of explosions in the area of Baghdad's Green Zone, the heavily fortified enclave housing many government buildings and diplomatic missions, including the U.S. embassy.

"No Coalition facility was struck. Coalition troops always reserve the right to defend ourselves, attacks on our personnel will not be tolerated," Col. Myles B. Caggins III, a spokesman for the coalition told the Washington Post.

Around 5,000 American troops are currently based in Iraq as part of efforts to train local troops and assist the Baghdad government in the ongoing fight against remaining pockets of ISIS resistance.

The latest violence began as sporadic protests earlier in the week with demonstrators demanding an end to government corruption, nationwide unemployment and a crippling lack of basic services such as electricity and clean water. At least two people were killed on Tuesday as security forces opened fire on the crowds. The following day, five more were reportedly killed, including one child.

Travelers to and from the airport, plus essential workers and first responders are exempt from the curfews, which were also imposed on Nassiriya, Amara and Hilla.