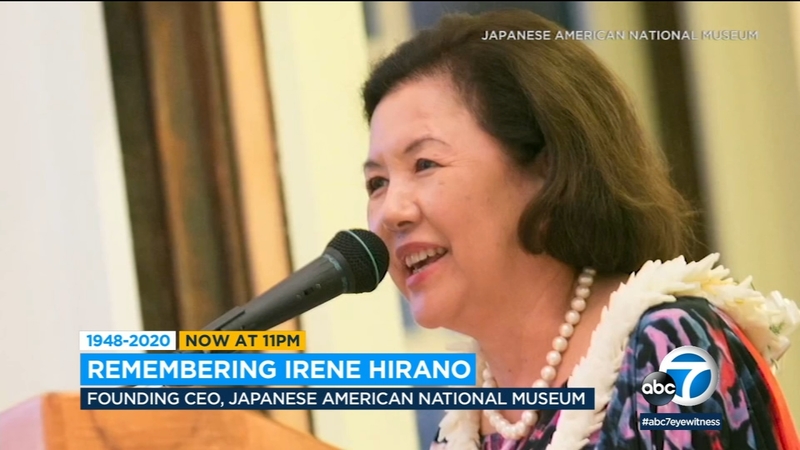 LOS ANGELES (KABC) -- It started as an old warehouse near Little Tokyo. Eventually, it became the only museum of its kind in the United States.

The Japanese American National Museum owes much of its success to the vision of Irene Hirano, who died Tuesday at the age of 71.

"She was an innovator. She was such a workaholic. I was getting e-mails when I was the chairman, emails from her at 11 o'clock, 12 o'clock at night," legendary actor George Takei said.

Takei says Hirano was a larger-than-life presence whose passion brought prestige not only to the museum she helped build, but to her community.

"She was the one who got us to be in the position to be an affiliate of the Smithsonian," Takei said. "And she also served on the Smithsonian's board."

The widow of the late Hawaii Sen. Daniel Inouye, she also created the U.S.-Japan Council. Its mission was to build bridges between the two nations and inspire young leaders.

Takei says Hirano was a woman whose influence knew no bounds, and he credits her with a special honor he received from Emperor Akihito, himself.

"Her strings go all the way to the Imperial Palace of Japan," Takei said. "I know that she pulled some strings."