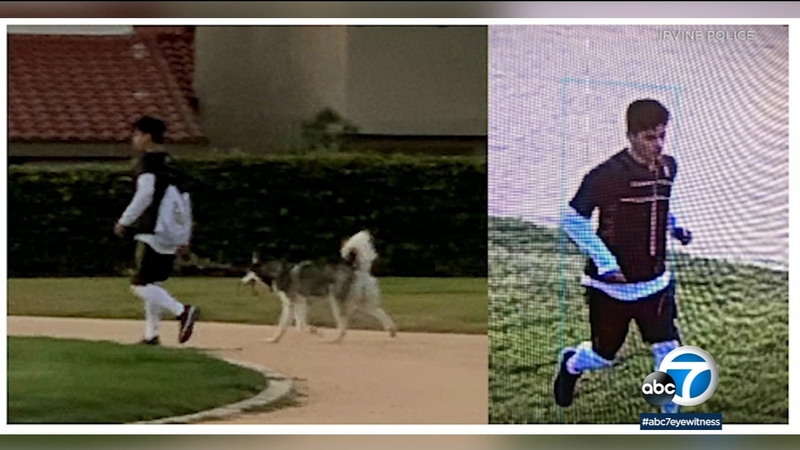 Teen suspect sought after attack on man, 69, at Irvine park

IRVINE, Calif. (KABC) -- Police are asking for the public's help in identifying and locating a teenager who attacked a 69-year-old man at a park in Irvine last week.

Authorities released video of the incident and images of the suspect.

The attack happened March 19 near Sierra Vista Middle School, located at 2 Liberty, as the male teen was jogging with an unleashed dog.

"The victim observed a larger black and white dog, described as a Husky breed, which was off-leash and appeared to be connected to a young male that was jogging and kicking a soccer ball in the area," the Irvine Police Department said in a statement. "The larger dog approached the victim aggressively and the victim picked up his own dog to avoid conflict."

When the victim was trying to defend his dog, investigators said, the teen hit the older man in the back of the head. The victim left the scene with the dog and was later taken to a hospital for treatment.

'You are loved': Woman responds with sympathy for attackers after violent robbery in San Francisco
EMBED More News Videos

A San Francisco woman is speaking out about a dramatic daytime robbery and attack in which she was dragged by a getaway car and fell into the street.

Police are now trying to find that teen and said there's no evidence that the incident was a hate crime.