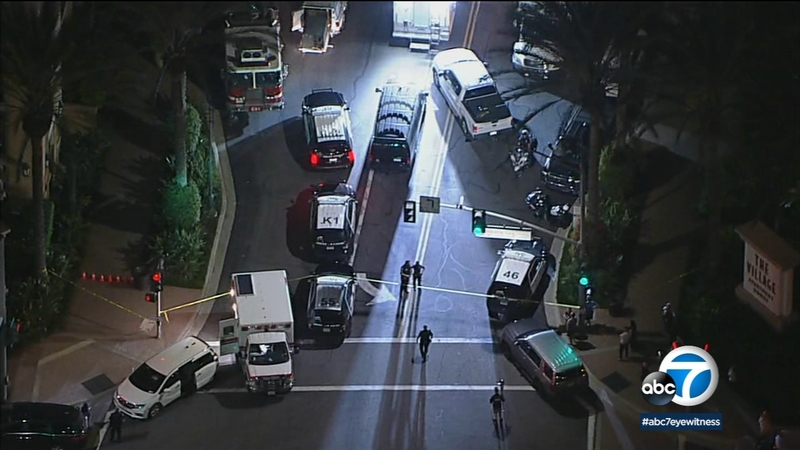 IRVINE, Calif. (KABC) -- Irvine police took an armed man and a woman into custody Wednesday night after they allegedly stole an acquaintance's car, beat him and held him hostage at an apartment building across from the Spectrum Center.

The suspect, an armed man and his girlfriend who were already wanted on previous warrants, allegedly stole a car from an acquaintance earlier in the day. They fled police in a brief chase then returned to the car owner's apartment and held him hostage for several hours, pistol-whipping him.

Following a massive SWAT response that lasted several hours, the suspects surrendered by around 9 p.m.

Police say the victim was hanging out at his apartment with the man and his girlfriend, whom he had only met a few days earlier.

The suspects asked to borrow his Ford Mustang but he said no. They ended up stealing the car.

When he reported the theft to police, he said he saw the man with a handgun and a rifle.

Irvine police found the stolen vehicle a short time later and chased him briefly. They caught up with him back at the victim's apartment, seeing the Mustang there empty and with the motor running.

At that point, as police were unable to get in touch with the victim of the car theft, they determined he was being held hostage in his own apartment.

A massive SWAT response was deployed and streets were closed off in the area. Drones were also deployed. About 15 apartment units were evacuated.

Eventually the victim emerged from the apartment and police learned he had been pistol-whipped.