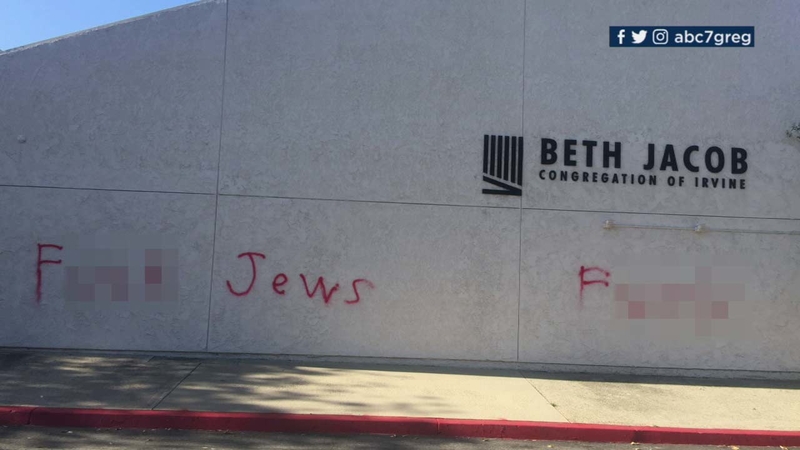 IRVINE, Calif. (KABC) -- An Irvine synagogue was attacked by vandals, who spray-painted anti-Semitic graffiti on a wall.

The message was quickly painted over.

Surveillance video captures the suspect vandalizing the property and stealing a bicycle, police said. Upon preliminary investigation, police believe the vandalism occurred during the early morning hours of the day.

Detectives are investigating this crime and asking the public to report any suspicious activity by calling police dispatch at (949) 724-7200.

The Irvine Police Department have increased patrols at Jewish facilities in the city.

This incident comes just days after the massacre at a synagogue in Pittsburgh, where 11 people were killed and six were wounded on Saturday.