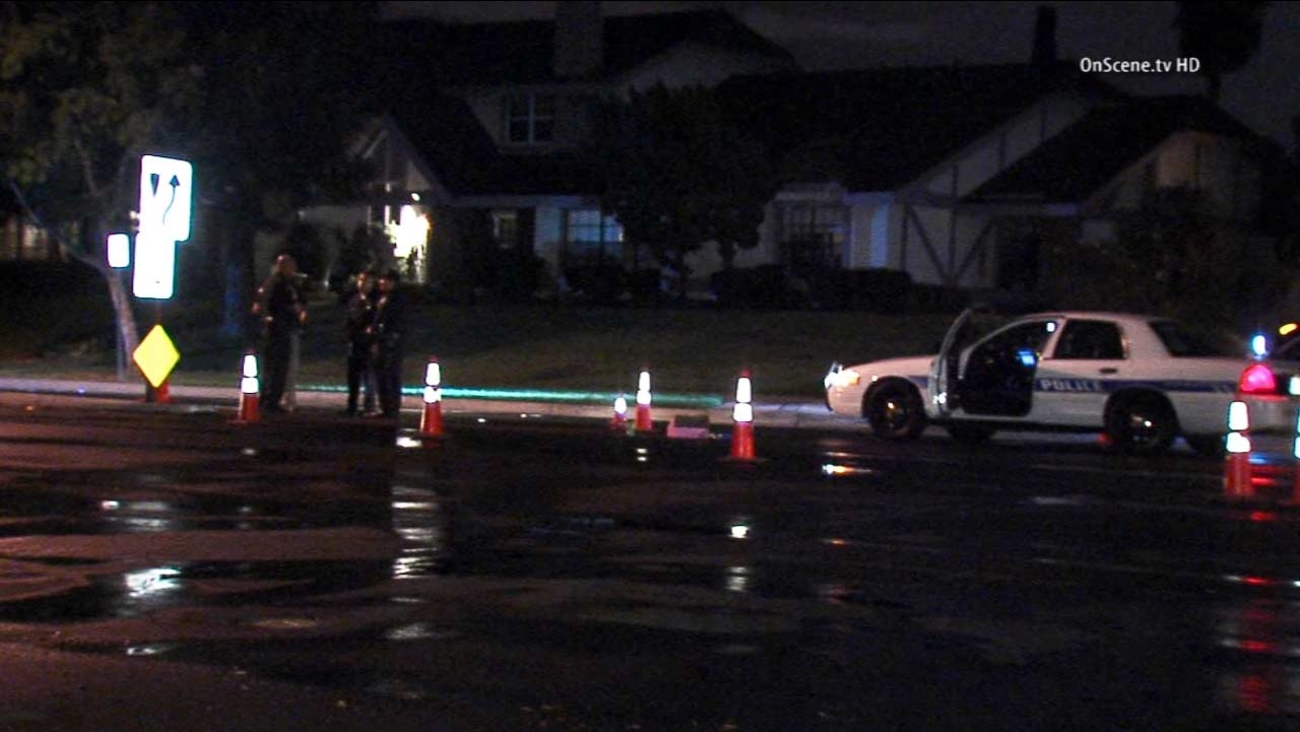 Law enforcement officials are shown at the scene of a fatal crash in Irvine on Friday, Oct. 11, 2014.

IRVINE, Calif. (KABC) -- A 65-year-old man was killed and his 4-year-old relative remains in critical condition after they were hit by a car while trick-or-treating in Irvine.

Investigators say the man, identified as John Alcorn of Irvine, and the boy were crossing the street when they were struck.

They were both rushed to an area hospital, where the man died and the boy was listed critical condition.

The woman driving the car stopped at the scene. It's unknown if she faces any charges.

The identity of the child was not immediately released.

Around noon, Wilner and O'Reilly Lawfirm posted a message on its Facebook page, identifying Alcorn as one of their attorneys.

In the post, the firm said they believed the child is Alcorn's son.