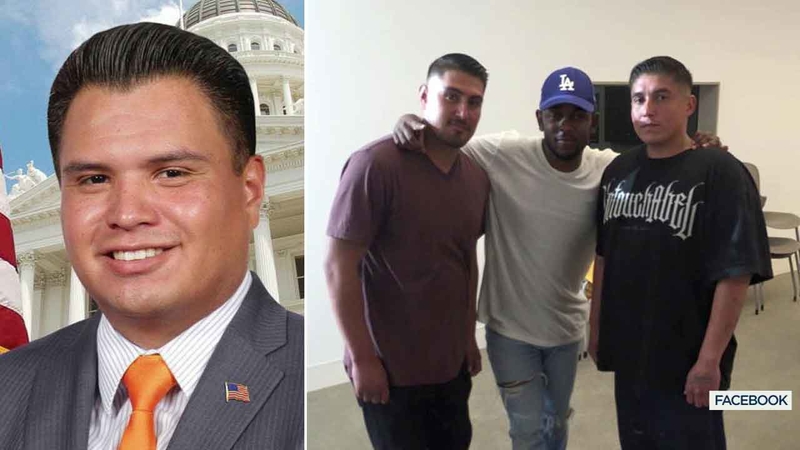 EAST LOS ANGELES (KABC) -- Compton City Councilman Isaac Galvan said one of his brothers was killed and another wounded in a shooting in East Los Angeles Monday.

Detectives said the victims, identified by the councilman as Dennis and Larry Galvan, were walking southbound on La Verne Avenue when they were approached by a male suspect. The suspect shot both victims, jumped in the passenger seat of an SUV and fled the scene, according to authorities.

Both victims were taken to Los Angeles County + USC Medical Center, where 27-year-old Larry Galvan succumbed to his injuries. He had been shot multiple times in the chest. Dennis Galvan was treated for injuries he sustained after being shot in the foot.

"This happens with people of color, black and brown, if you have short hair, your pants are a little baggy or if you have any tattoos, then they automatically characterize you as a gang member and my brothers were never in gangs," Isaac Galvan said.

The councilman stated his brothers had just returned from the store after purchasing a mop for their mother.

"After they delivered it there were gunshots. I believe they shot eight rounds, four of them striking my brother Larry in his chest," Isaac Galvan explained.

Julie Bocanegra said she raced across the street to help Larry Galvan after hearing the gunshots.

Isaac Galvan, who became the first Latino elected to Compton's City Council in 2013, released a statement on his Facebook page Monday: "Although my brother's life was tragically cut short at the young age of 27. I do find solace in knowing that before he left this earth he knew the lord and I'm certain he was able to call out to him before he left us."

"Compton stands with East L.A. residents in the fight against gun violence," Brown said in a statement released Tuesday.

Isaac Galvan said his family is heartbroken, but would forgive the shooters, asking that they turn themselves in and for others to stop senseless acts of violence.

"Me and my family are going to forgive the shooters, but we hope that they turn themselves in and ask for forgiveness because stuff like this should not take place," the councilman said.