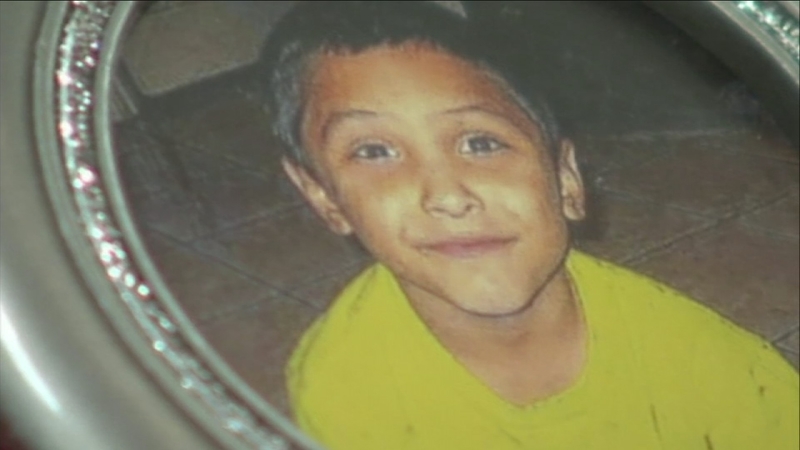 LOS ANGELES (KABC) -- The prosecution rested its case Wednesday against a man accused of killing his girlfriend's son and closed with a detective who listed all the items the man is said to have used to torture the child.

It was a new phase in a trial aiming to find justice for 8-year-old Gabriel Fernandez, who the prosecution said was tortured and murdered by his mother, Pearl Fernandez, and her boyfriend, Isauro Aguirre.

Los Angeles County sheriff's Detective Timothy O'Quinn, who was the lead investigating officer in the case, was called to the witness stand and listed all the evidence found at the Palmdale apartment where Gabriel was found unresponsive.

The list includes items the prosecution said Aguirre used to torture Gabriel, such as a bat and club. Other items detectives found were two pairs of handcuffs, metal BBs in a plastic container and 10 BB-type guns, but only one that shot the metal pellets.

Those metal BBs were found embedded in Gabriel's body - nine of them in his neck, face, lung, legs, buttocks, foot, chest and groin area.

Earlier in the court case, jurors heard Aguirre's voice as the 911 call he placed was played. In it, Aguirre explains that Gabriel became unconscious while playing with his brother.

But that call came after Aguirre said he tried first aid and sprayed Gabriel with water.

"He said, 'hey, he's unconscious.' So we put him in the shower, put cold water, and right now I took him out and he didn't respond," Aguirre said in the emergency call.

During an interview with police that was also played in court earlier in the trial, Aguirre confessed that he had punched Gabriel so many times he lost count.

Aguirre's defense aims to prove that the death was accidental and that Gabriel's mother, Pearl, could have inflicted the torture. The judge, however, rejected a defense request to present evidence of her past acts of violence.

Pearl will be tried separately, and so will four former social workers whose alleged failures and falsifications of records amount to child felony abuse, according to the district attorney.