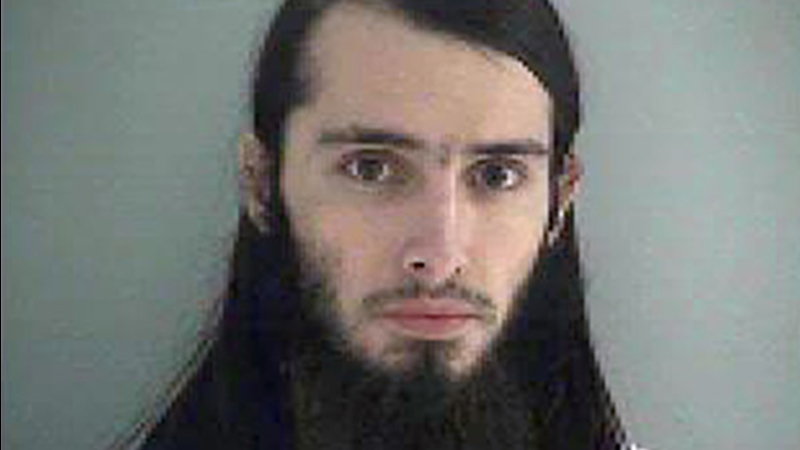 LOS ANGELES (KABC) -- The FBI arrested a 20-year-old Ohio man on suspicion of planning to carry out an attack on the U.S. Capitol.

Christopher Lee Cornell, of Green Township, Ohio, created a plan that involved setting off a series of bombs aimed at lawmakers whom Cornell allegedly considered enemies.

The FBI arrested Cornell on charges of attempting to kill a U.S. government official and possession of a firearm in furtherance of the attempted crime.

Cornell's father, John Cornell, said he was completely surprised by his son's arrest.

"The FBI would not give us any information. They said they had no idea why he was being held, if he was even charged, or what he was being charged with, where he was. Now we know, after they conducted their warrant and their search and took what they were going to take," he said.

According to government documents, the FBI first noticed Cornell last year after he voiced support for a violent "jihad" on a Twitter account with the alias Raheel Mahrus Ubaydah.

On the Twitter account, Cornell posted statements, videos and other content showing his support for ISIS and radical cleric Anwar Awlaki, who was killed in a U.S. drone attack in 2011.

The documents further revealed his intent to attack the U.S. Capitol, and he planned to build, plant and detonate pipe bombs. The plan also called for him to open fire on any employees and officials after the bombs went off.

Cornell also saved money and conducted online research on the construction of pipe bombs, where to get firearms and bomb-making components, and the identification of government buildings to target in Washington D.C.

Earlier Wednesday, while Cornell was taking the "final steps" to travel to Washington for the attack, he allegedly bought two semi-automatic rifles and 600 rounds of ammunition from an Ohio store, according to authorities. He is being held at Butler County Jail.

The FBI and Department of Homeland Security issued a bulletin to law enforcement agencies across the country regarding the case.