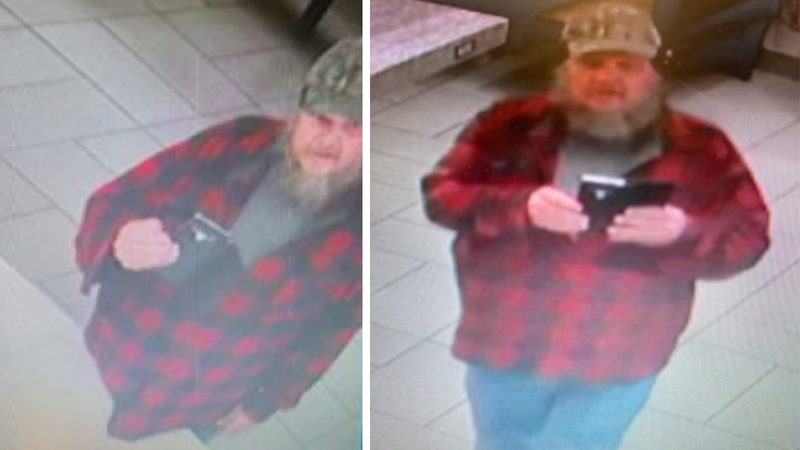 LEAGUE CITY, Texas -- Police in Texas are looking for a man they say stabbed a Jack in the Box manager after being asked to wear a face mask or leave the restaurant.

The incident happened Wednesday around 8 p.m. at the Jack in the Box located in League City.

Police said the suspect, 53-year-old James Henry Schulz, walked in the restaurant without a face mask and was told he needed to have one in order to be served or use the drive-thru.

"[Schulz] belligerently refused and said they did not want to serve him because he was homeless and began yelling that he would be contacting his attorney as he was filming with his cell phone," said League City police chief Gary Ratliff during a briefing Thursday afternoon.

Surveillance video released by the police department shows the manager holding up the store's written policy as he escorts Schulz out the door. But seconds after turning his back, Schulz steps back into the restaurant, runs after the manager and attacks him with what appeared to be a pocketknife, according to investigators.

"This is what they'll do to you," a woman who claims to be 65 yells out as she's confronted by a Galveston police officer. See how a call over her refusal to wear a mask unfolds on body camera.

The manager was stabbed three times in the arm and upper torso. He was rushed to the hospital where he was treated and released.

Police believe Schulz fled the scene on a bicycle with a yellow flag, that they later found abandoned. A warrant has been issued for his arrest.