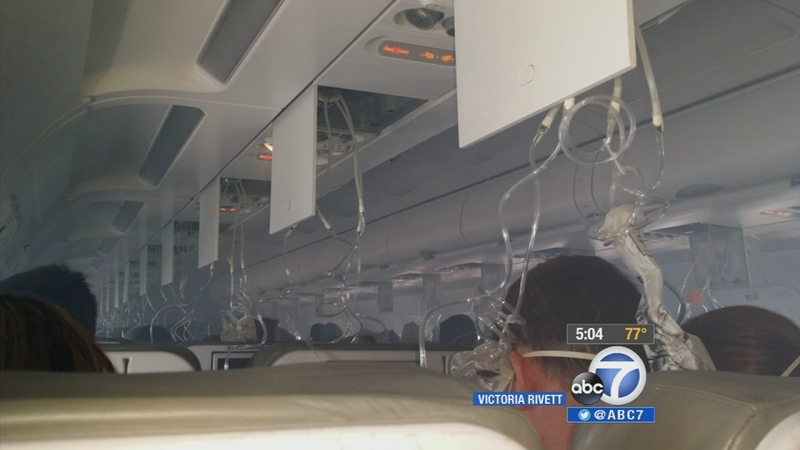 JetBlue Flight 1416 was heading to Austin, Texas, when the pilot had to turn back around shortly after departure due to an issue with the No. 2 engine. The 142 passengers and five flight attendants exited the plane on slides.

"Three were treated and released at the scene, and one was transported, and I believe has been since released," said Long Beach Fire Dept. Deputy Chief Richard Brandt.

As the passengers waited inside the JetBlue office, the airport and airline began to sort out what caused all of the chaos.

"An incident with engine number two, it alerted in the cockpit that there was some smoke and an overheat," said Long Beach Airport Spokesperson Kerry Gerot.

"It was pretty nerve-wracking, man, you couldn't see really in front of you, the entire plane filled with smoke all the way, lot of loud banging," said passenger Shaun Mahoney.

"'I may not survive this.' I felt that this may be it," said passenger Samuel Long.

"The oxygen masks did not deploy, but the brave stewardesses came around and manually deployed them. It was rough, the plane was rocking," Rathbone, known for his role as "Jasper Hale" in the "Twilight" film franchise, wrote. "I recited the Lord's Prayer as I held my son and my wife in my arms. The pilot came on the PA and let us know we lost the right engine. We were told to brace as we careened sharply back towards land. Guided by our pilot, and I believe our guardian angels, we landed safely."

"They instructed us to run as fast as feasibly possible away from the plane, so it was a very triumphant experience, to say the least," said passenger Jeff Banks.

Passengers said they're just happy to get back to their families.

"I just had a son, so the only thing that I could really think about was my son, so I'd probably say it was the best feeling that I've probably had in my life to date," said Shaun Mahoney.

"I grabbed my son and jumped down the inflated ramp, my wife following," Rathbone said. "We're safe. I'm grateful."

"It's still the best, safest transportation you can get," said passenger Cynthia Manley. "I mean, hey, I've flown a million miles. One accident -- whatever."

The Long Beach Fire Department was working with JetBlue to investigate exactly what caused the engine to overheat.