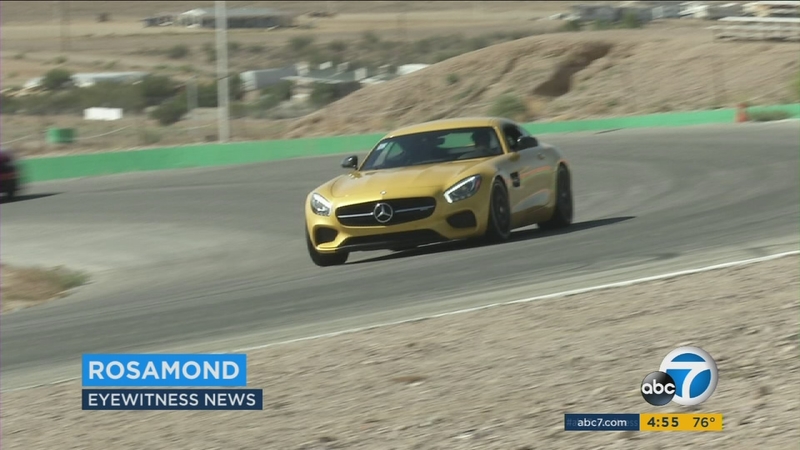 LOS ANGELES (KABC) -- Jaguar recently got back into the two-seat sports car game with the F-Type, first as a roadster, and then as a sleek coupe.

Their level of seriousness in the sports car segment amped up a bit more when they rolled out a six-speed manual transmission for V6 models, something many enthusiasts say is a make-or-break choice for a true sports car.

The stick shift is another move to position the F-Type as a competitor for the benchmark in the premium sports car arena, the Porsche 911.

Time and time again, comparisons are made to Porsche by others. Cars like the F-Type are often heralded as "911 fighters."

Also coming along to take the fight to Porsche is Mercedes-Benz's new AMG GT S, a trimmer, leaner two-seater than their previous AMG coupe, the SLS.

Mercedes employs a completely different kind of engine set-up from the Porsche: eight cylinders up front, though in a somewhat small displacement of 4.0 liters, getting help from twin turbochargers.

Believe it or not, these upscale sports cars actually work just fine as everyday cars. Of course, they also shine when driven like sports cars, and they've even been developed to take to the track.

In reality, most owners will never participate in track days with these cars, but many like to know they could. And the makers like to use track capability as a marketing tool.

Nevertheless, both the Jaguar F-Type and the Mercedes-Benz AMG GT S can hustle around a race track with the best of them.

And Jaguar is trying to up its cred as a track-worthy car just a bit with the Project 7, in roadster form, based on the F-Type. They built a handful of the extra-powerful track-ready cars, with only 50 destined for the U.S.

Even at a jaw-dropping price of $165,000, they're all spoken for. And, it's not very likely that any will be used by their owners on the track.